Let’s bow down to a queen — Regina King! The Oscar-winning actress, 48, is the cover star of Marie Claire‘s November 2019 “Ambition” issue. Regina is breathtaking in the closeup cover, which shows off her smooth skin, hazel eyes, sleek straight hair and a left arm tattoo. While her full outfit isn’t pictured on the cover, she wore a Gabriela Hearst dress and a pair of Bulgari earrings and bracelet for the cover.

Inside the magazine’s pages, Regina stuns in a multiple high-end looks, including a tight black gown by Monse. The Watchmen actress shows off major leg in the ensemble’s daring thigh-high slit. Regina’s look was complete with her black, open-toe Francesco Russo shoes.

In other shots, Regina sizzles in a black Antonio Berardi sheer dress with black underwear and a bra underneath. Additionally, she wears a black silk Versace dress with a bustier top and a black Victor Glemaud dress with a cut-out chest in more photos. Regina wore one contrasting piece in an outdoor shot — a white Unravel Project dress with a halter top and an open back. 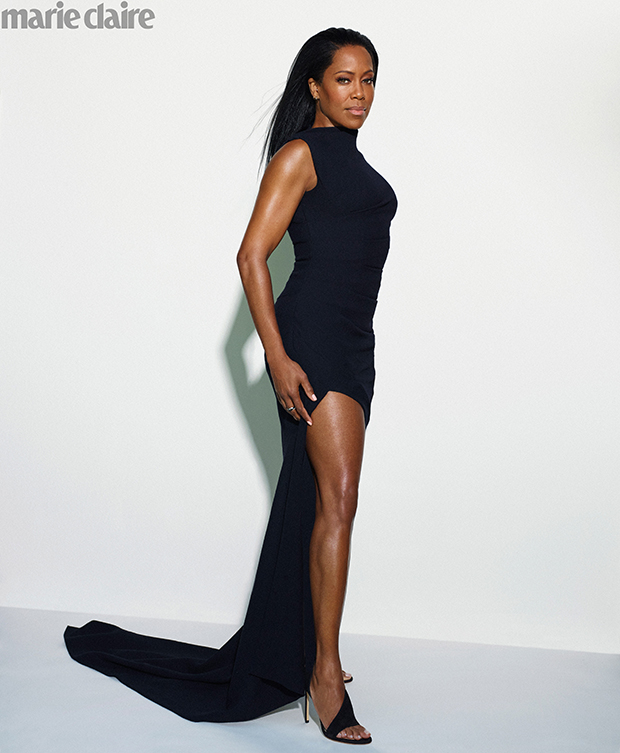 As for what ambition means to the ambition cover star? — “What is the best way I can summarize it? Beyoncé comes to mind, just because she’s a perfect example of dreaming out loud without living too loud,” Regina explained. 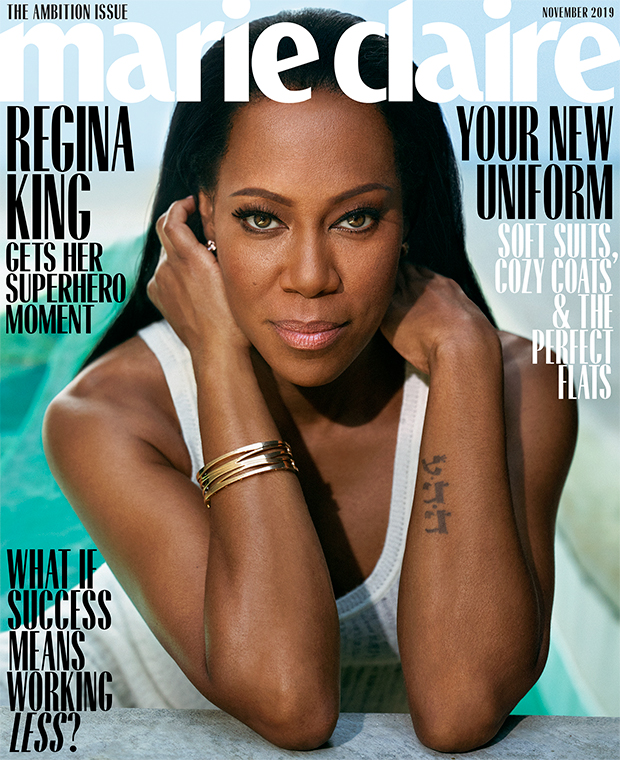 Regina’s magazine cover was released just 10 days before the premiere of her new HBO series, Watchmen (premiering Oct 20), where she plays a superhero character.

“Sister waited until she was almost 50 to be a superhero,” she told the magazine. “It’s something I’ve always wanted to do, you know, be a woman physically kicking ass.”