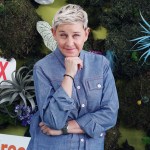 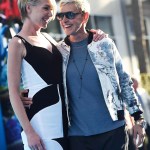 Mark Ruffalo is not there for Ellen DeGeneres’ call for kindness towards President George W. Bush after they posed Dallas Cowboys football game. He’s says Bush needs to answer for ‘war crimes’ instead.

Mark Ruffalo has shot down talk show host Ellen DeGeneres call for kindness despite one’s political beliefs. Ellen, 61, and wife Portia DeRossi, 46, accepted Dallas Cowboys owner Jerry Jones‘ daughter Charlotte‘s invitation to attend a home game in Arlington, TX versus the Green Bay Packers on Oct. 6, and she ended up being photographed former President George W. Bush, 73. That upset many of her fans who tweeted up a storm that openly gay Ellen and the conservative former president could be friendly. As a result, she did a monologue on her show the following day calling on everyone to be unconditionally kind to one another. The Avengers star unleashed a tweet on Oct. 9 very critical of her message…as well as the former president.

“Sorry, until George W. Bush is brought to justice for the crimes of the Iraq War, (including American-lead torture, Iraqi deaths & displacement, and the deep scars — emotional & otherwise — inflicted on our military that served his folly), we can’t even begin to talk about kindness,” the 51-year-old actor tweeted out along with a Vanity Fair article questioning if unconditional kindness has its limits.  His tweet immediately caused his name to being trending. Mark has campaigned for many Democratic political candidates and is an outspoken opponent of current President Donald Trump, just as he was critical of President Bush when he was in office.

Mark got props from fans, with Wajahat Ali tweeting, “Hulk out, Mark Ruffalo. Hulk out. I’m just glad someone with power and influence is reminding the younger generation about the disastrous legacy of the Bush years,” while a user named Susi tweeted, “I love how Mark Ruffalo is in one of the biggest movie franchise but he’s not afraid to support Palestine and call out Bush for his war crimes in Iraq etc.”

In her monologue, Ellen explained, “When we were invited, I was aware that I was going to be surrounded with people from very different views and beliefs. And I’m not talking about politics. I was rooting for the Packers. So I had to hide my cheese hat in Portia’s purse,” she joked.

Sorry, until George W. Bush is brought to justice for the crimes of the Iraq War, (including American-lead torture, Iraqi deaths & displacement, and the deep scars—emotional & otherwise—inflicted on our military that served his folly), we can’t even begin to talk about kindness. https://t.co/dpMwfck6su

“During the game, they showed a shot of George and me laughing together. People were upset,” Ellen continued. “They thought, why is a gay Hollywood liberal sitting next to a conservative Republican president?…A lot of people were mad. And they did what people do when they’re mad…they tweet.” Ellen decided to share a positive tweet that read, “Ellen and George Bush together makes me have faith in America again,” to which the audience applauded. It’s worth noting that the former president was a guest on Ellen’s daytime show in 2017, where it was revealed that she’s close pals with his daughter Jenna Bush-Hager, 37. At the time Ellen called the Bush family “lovely” and noted that “We teach each other.”
“Here’s the thing: I’m friends with George Bush. In fact, I’m friends with a lot of people who don’t share the same beliefs that I have. We’re all different, and I think that we’ve forgotten that that’s okay that we’re all different.. but just because I don’t agree with someone on everything doesn’t mean that I’m not going to be friends with them,” she continued.  “When I say, ‘Be kind to one another,’ I don’t mean only the people that think the same way that you do. I mean be kind to everyone. Doesn’t matter.” Mark obviously disagrees.