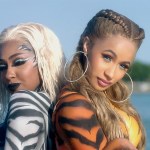 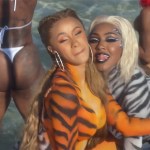 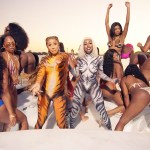 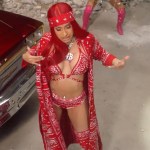 The City Girls have reunited! Yung Miami announced that her music partner, JT, is finally ‘home’ after being released from prison earlier than expected.

You can put the “s” back into the City Girls again. JT — whose real name is Jatavia Shakara Johnson — is finally out of prison after beginning a sentence for reported fraudulent credit card charges in the summer of 2018, according to the 26-year-old rapper’s music partner, Yung Miami, 25! “YOU B***HES IN TROUBLE!! MY B***H HOME! ❤️🎈,” Yung Miami announced in an Instagram post on Oct. 8. But that wasn’t the only big news the rapper revealed. To celebrate JT no longer being behind bars, The City Girls will drop a new song titled “First Day Out” in under 24 hours (10 p.m., precisely)! HollywoodLife has reached out to City Girls’ rep for comment.

There’s even more reason to celebrate — JT was originally slated for a prison release in March 2020 after a 24-month sentence, according to Billboard’s original report. However, the early release wasn’t totally unexpected. Pierre “Pee” Thomas, CEO of City Girls’ label (Quality Control Music), revealed that JT would be home “within the next 90 days” while speaking to 99Jamz at the 2019 BET Awards on June 23.

While JT was serving time, Yung Miami still ran the show on the music front, despite City Girls being a two-woman act. She filmed a music video with Lil Yachty for one of the group’s most famous hits, “Act Up,” and another video for “Twerk” with Cardi B. Yung Miami also continued to take the stage at multiple performances, for gigs like Rolling Loud Miami and the BET Awards!

Yung Miami especially felt the pressure to keep City Girls alive after discovering she was pregnant. Fans received the baby news on June 11, which Yung Miami broke by posting an Instagram clip from City Girls’ documentary, Point Blank Period Part 2. In the video, a “scared” Yung Miami reveals the pregnancy to her boss, Pierre.

“I have something to tell you. I’m scared ’cause I know that JT in jail and I ‘posed to be out here holding down the group and you and Coach been going so hard making sure we get everything done… I don’t know, like, I’m pregnant,” the rapper had confessed on the phone call. As you can see now, everything worked out. A new bop is about to hit our playlists, and Yung Miami is growing a beautiful miracle — she shared a photo from her angelic maternity photo shoot on Sept. 16!