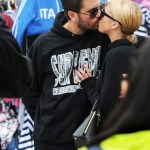 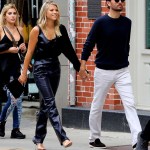 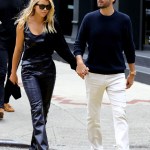 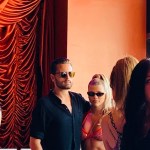 Kourtney is putting her kids first when it comes to co-parenting with her ex-boyfriend Scott Disick.

Kourtney Kardashian, 40, is totally cool with Scott Disick‘s relationship with Sofia Richie, 21. In a new clip from Keeping Up With The Kardashians, Kourtney admits that she extended an invite to Scott’s girlfriend of two years, Sofia, on an upcoming trip! “So, let me tell you — I’m going to Finland over Spring Break — and I just said to Scott, like, ‘do you want to invite Sofia?'” Kourtney spills to sister Khloe Kardashian while driving. “I mean, we’ve travelled together already.” Previously, Sofia joined Kourtney, Scott, and the rest of the Kardashian gang on a holiday getaway to Aspen, Colorado — the model was also present on another vacation to Cabo San Lucas, Mexico the week prior.

Kourtney and Scott, 36, called their lengthy on-again, off-again relationship off in 2015 and share three adorable kids together: Mason, 9, Penelope, 7 and Reign, 4. “That’s nice of you. You are such a great co-parent. I’m not being sarcastic at all,” Khloe notes, complimenting her sister. “[Scott and Sofia] don’t make me feel like I’m left out though, which is nice, or else I wouldn’t go or invite her to come,” Kourt adds. Sofia seems to have integrated herself into the family well, also becoming close friends with Kylie Jenner, 22. The girls have been spending plenty of time together, as Sofia and Scott were in Italy for Kylie’s lavish 22nd birthday, and Kylie was part of Sofia’s milestone 21st celebration at the Wynn Las Vegas resort in August.

Oddly, Kourtney had a pre-existing relationship with Sofia’s family through her childhood relationship with Sofia’s big sis Nicole Richie. Kris Jenner and Sofia’s dad, Lionel Richie, were also longtime friends. “So, can I ask a question — has anyone asked how [Sofia] feels?” Khloe inquires, as Kourtney sits behind the wheel. “I mean, I haven’t,” Kourt admits. “I feel like that’s up to them to have their conversations. I’m not here to try to make anybody feel uncomfortable but also…”

“I just hope [Sofia] would say something if she felt uncomfortable to her own boyfriend,” Kourtney adds, as she hilariously reminds Khloe not to be a “passenger seat driver.”