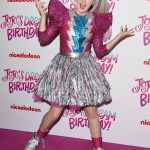 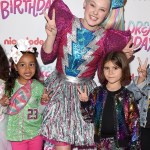 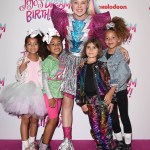 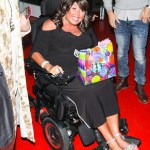 JoJo Siwa’s hit animated YouTube series ‘The JoJo & BowBow Show Show’ is back for season 2 and HollywoodLife is EXCLUSIVELY premiering the second episode.

New episodes of The JoJo & BowBow Show Show are released every Friday on Nickelodeon’s YouTube page but HollywoodLife is giving you an EXCLUSIVE first look at the second episode of season 2. In the episode, JoJo Siwa and her pet dog, BowBow, are headed back to school and that means it’s time for school shopping. They head to their favorite store at the mall — Backpack Paradise — with JoJo’s new UBFFL (ultimate best friend for life) Miley and her miniature pony, Dusty. However, their trip to the mall quickly turns a bit stressful when BowBow accidentally falls asleep in a stranger’s backpack. Well, that’s a problem!

JoJo, Miley, and Dusty go on an adventure to get BowBow back. Meanwhile, BowBow is snoozing away and dreaming of chicken-flavored toothpaste again. He doesn’t realize a thing. Miley comes up with the idea to use JoJo’s tube of chicken-flavored toothpaste to get BowBow to wake up. Miley’s idea totally works and BowBow wakes up! BowBow jumps out of the backpack and starts running to reunite with JoJo, Miley, and Dusty.

But the adventure’s not over yet! As BowBow is running to JoJo, he gets caught by a cart full of backpacks! JoJo, Miley, and Dusty run after BowBow again! The cart is full of 37 backpacks and the customer thinks BowBow is actually a fuzzy squirrel backpack! BowBow bolts and reunites with JoJo! All is well again!

“I never want to fall asleep in another backpack again, JoJo,” BowBow tells JoJo. “Unless it belongs to you, of course!” There’s never a dull moment in the lives of JoJo and BowBow! In addition to the YouTube star, the episode also features the voices of Giselle Lomelino, Case Walker, Nia Sioux, and Rosie McClelland.