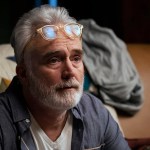 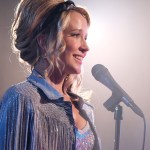 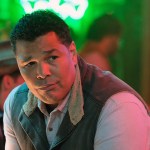 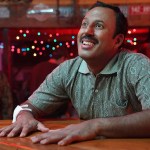 ‘Perfect Harmony’ is NBC’s perfect little comedy. HollywoodLife spoke EXCLUSIVELY with Geno Segers about what’s next for Dwayne after the premiere, working with the cast, and more.

If you’re looking for some inspiration in your life, look no further than Perfect Harmony. The new NBC comedy is full of fun, laughs, and musical moments. The series premiere was a brief glimpse into the world of a small-town church choir and we can’t wait to see what’s next. HollywoodLife talked EXCLUSIVELY with Geno Segers, who plays Dwayne, about what we can expect this season. The premiere revealed that Dwayne is harboring a bit of a crush on Ginny (Anna Camp). So, is there a romance brewing?

“I think that without giving away any of the plot lines, in one way or another we can all relate to Dwayne’s little conundrum,” Geno told HollywoodLife. “Maybe not in a way that relates to the situation directly, but we’ve all had a crush. We’ve all been a little bit insecure about this crush that we have. We’ve all felt a little unsure. When I read the script I saw that this guy was in love with someone who was a friend. Now, I don’t know about you, but I’ve run into that situation in both directions, where I’ve been friends with a young lady who liked me and I didn’t know it. I’ve been friends with a young lady that I liked but wasn’t sure she knew. I like to think that whether they work out or not, it’s still positive because either that person was for you or that person wasn’t for you. In that way, I think that things are going to work out for Ginny and Dwayne. I’m going to leave that as sort of a cliffhanger.”

Perfect Harmony begins when former Princeton music professor Arthur Cochran (Bradley Whitford) stumbles into choir practice. Arthur pulls no punches with any of the choir members. He’s brutally honest to a fault and helps them hone their craft. “Arthur is the character who sits on the fringe and he just tells the truth regardless of the consequences,” Geno continued. “In the South, you’ve got to be polite, you’ve got to be nice about it. You have got to be like sweet tea with lemon, you know? A little bit tart but it’s palatable, you know what I mean? But I think Arthur is just general unsweetened tea, who just basically puts it down, here’s what it is, like it or not, you don’t have to drink it. It’s tea man, take it or leave it. He has his way about him, but I think the group needs him to be forward and honest with them so that they can get themselves into gear. You know singing is a very emotional type of exercise. If you’re not connected to the lyrics emotionally, then the music is just either pretty music or okay music. You have a harder time connecting to the audience, or the audience has a harder time connecting to the music if there’s emotional connection to those lyrics.”

The first episode ended with a choir competition. However, Perfect Harmony is not going to be all about competition. “If it was all about the competition, it would end very quickly,” Geno said. “You could do that in a couple episodes, but because we have a larger story arc, we have the different characters that are going to be introduced throughout the first season. Each of these stories, each of these relationships has its own dynamics, so we’re going to be going down the road of each and every one of these characters, how they relate to each other and strip the drama, the contention, the release of all of those sort of emotions. Fingers crossed we’ll affect everyone in a positive way, and we will have a show that will run for a very long time.”

The cast of Perfect Harmony is pretty perfect. In addition to Geno, Anna, and Bradley, the series also stars Will Greenberg, Rizwan Manji, and Tymberlee Hill. Geno revealed that he loves working on the show because of the close bond between the cast. “We speak to each other every day through texts. We’re on a chain with each other. It’s such a good group, and Bradley basically has his hands on each and every one of the characters in terms of selecting. I think they did a great job at casting it because we’re all very like-minded. We’re all very warm and very inviting with each other in terms of our relationship on and off camera. I would say the relationships are what I enjoy most about working on this show. I have several more friends that have been added to my circle now.” Perfect Harmony airs Thursdays at 8:30 p.m. on NBC.