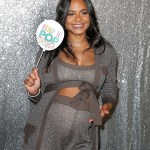 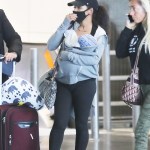 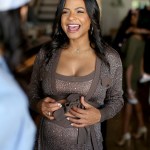 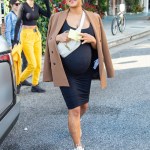 Christina Milian opened up about how she’s feeling during her second pregnancy, including the craziest craving she’s had so far, when she spoke EXCLUSIVELY to HL at the H&M x Yellow Feather Fund event in West Hollywood, CA.

Christina Milian, 38, is gearing up to be a mommy-of-two as she goes through the pregnancy of her second child, and she is taking in all the interesting moments and feelings that go along with the process, including food cravings! The singer, who is already the mother to daughter Violet, 9, spilled some details about her pregnancy and the number one craving she’s been having when she spoke to HollywoodLife EXCLUSIVELY at the H&M x Yellow Feather Fund to celebrate the H&M x Sesame Street Partnership in West Hollywood, CA on Sept. 28.

“The one craving I know I’ve had is pizza,” Christina admitted. “I had a pizza dream a couple of weeks ago and then for two weeks all I wanted was pizza. I had pizza.” When we asked her if she has had late night 2 AM pizza yet, Christina admitted she hasn’t but it may happen in the future. “No. I haven’t done that yet. I’ve thought [about it],” she replied.

Christina, who is expecting a baby boy with boyfriend Matt Pokora, first confirmed her pregnancy with a cute photo on Instagram on July 28. “New release 2020! What a blessing! Let’s do this babe @mattpokora!” she wrote in the caption for the epic snapshot, which showed her and Matt posing as Matt held up a sonogram pic in front of her stomach.

Christina’s upcoming bundle of joy will be the first boy for her and although she’s now excited to add a baby boy to her brood, the brunette beauty admitted that she was scared at first. “I was really scared about it,” she said at the event. “But, then I thought about the perks. If I had two girls it would take me way longer to get dressed. If I had two girls, that means once puberty hits, two girls with two attitudes. I was like, ‘It might be a little bit different with boys. I think it’ll work out for me'”.