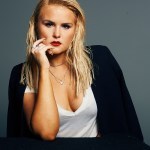 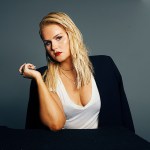 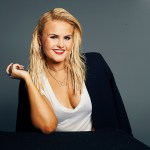 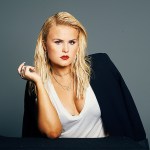 Dancing to Ashlee Keating’s new song isn’t a ‘bad mistake’ because the bop will make you MOVE. She talks to us about the single, her ‘crazy day’ with Demi Lovato, and more!

From appearing in a production of “Annie” at just four-years-old to winning Star Search in 2004 to starring in The Mint to topping the charts, Ashlee Keating has done a lot. Oh, she’s just getting started. For those who aren’t familiar with the name, just head to your favorite club. Ashlee’s new song, “Bad Mistake,” is a certifiable hit, and it reached the top of the Billboard Dance/Club Play charts. If listening to the uptempo bop doesn’t get you moving, the music video – featuring Ashlee’s energetic choreography – certainly will. She talked EXCLUSIVELY with HollywooodLife about the track, what’s newt for her career, the “intense” experience of opening for Demi Lovato, and the best piece of advice to anyone “hustling” out there today.

HollywoodLife: So tell me about the single.

Ashley Keating: Yeah. So I’m super excited, been doing amazing on Spotify. And the music video just came out. It’s called “Bad Mistake,” and I actually wrote the whole song. And it’s a funny story. I was back in New Jersey in November during Thanksgiving visiting family, and there was a producer friend of mine out in Jersey. And we got together, we got in the studio, and I was like going through relationship things, and I was like, “I want to vent.”

My therapy is my writing. And I wrote “Bad Mistake,” and it’s an uptempo, empowering pop dance song, you know, has some like swag elements to it. It was like an empowering song to me when I wrote it, and I hope it is to everyone that listens to it as well. Talking about a relationship that you go through and that he realizes that I’m his “Bad Mistake.”

And so it was based off your true story.

Yeah. Honestly, I really love like writing about everything going on in my life as much as possible. It can really resonate with my fans, and hopefully, they can relate to it as well.

Can you talk about the main difference between acting and performing in front of a crowd?

I love both. I really, really love both. They’re totally different though because when you’re on stage, it’s more your energy. You’re feeling the crowd and just living your best life on stage. And I’m a dancer, so I love to really perform and put on a show.

And when I’m acting it’s kind of, — they’re similar in certain ways where I’m creating a character. I’m living my truth through that character somehow, someway, whatever the role may be. When you’re on set, you do multiple takes, but when you’re performing on a stage live in front of thousands of people, you got to make that happen even if there’s like a sound problem or something. You just kind of got to go with it.

And you were on Nickelodeon, right? Not Disney?

I was on Radio Disney.

I was in the incubator program. That’s kind of how my music career really took off right after being on Star Search. They played my songs for a few weeks in rotation and then had opportunities to like open for Demi Lovato and Keke Palmer and Raven-Symoné and just a few. And my career has been building ever since with that. And yeah, I’ve been doing acting stuff as well.

What is the best piece of advice Demi Lovato gave you?

It’s such a funny story. That was a crazy day. I was backstage in my dressing room, and she was coming back from being off stage, and we kind of like connected paths for a second. We didn’t really get to talk to you much, but she was like, “Oh my God, I love your shirt.” And I was like, “Oh my God, I love your sunglasses.” We took a picture together. I still have that picture. It’s really funny. We both have dark hair, but it was good times. The crowd was crazy that day. Like I’ll never forget it.

After talking to Demi backstage, I went back to my car, and the fans were like literally swarming me back to my car, and I didn’t have security. It was just kind of like crazy since her security had to come like save me from like me getting to my car. It was definitely intense, but it was such an amazing  day that I’ll never forget.

Did she give you any advice?

What’s one thing that surprised you about pursuing a music career?

I feel like the music industry has changed a lot over the past two years. And that’s kind of been surprising to me, how it changes so fast. With the streaming services, I think it’s really cool how you can kind of get out there on your own. You just really gotta hustle hard. I think it’s just honestly how it’s changed so rapidly with the streaming services and everything.

Speaking of streaming, who are you listening to these days?

I love the Jonas Brothers. I love their new album. Love a lot of what Ed Sheeran‘s doing right now, the collaborations he’s been doing. I love the “Senorita” song with Shawn Mendes and Camilla Cabello. Also, Normani‘s new single

Her video for “Motivation” is amazing.

Unreal. And I, from a dancer perspective, am obsessed with it because I just totally understand like her hard work and her work ethic. I love it so much, and I’m just so proud of her.

You’ve topped the Billboard dance chart, so what drew you to the style of music?

While I’m always changing and evolving, [dance music] kind of goes with my mood of how I feel when I’m in the studio. I never want it to be like not authentic to who I am. But it’s always going to be pop because I love pop.

Who’s your dream collaborator, and what celebrity gave you the best piece of advice so far?

I have a lot of collaborations that I want to make happen, one being Cardi B because I feel like our vibe and our energy would be super cool. She’s from the East coast, and I feel like, I want to work with more rappers as well as you know, musicians. So Cardi B. I would say definitely, Ed Sheeran. Those are two big ones on my list right now.

And the best piece of advice? I think there’s not one specific person or one specific celebrity. I’m trying to think of who, but I would definitely say — my advice to everyone too is just to never give up and just keep working hard. And I feel like a lot of artists and people that I’ve talked to all say the same thing, you know? It’s very hard, but you just got to keep pushing.

What’s next for you?

Ashlee’s song “Bad Mistake” is out now. This interview has been edited for clarity.