Jade Cline went through a personal evolution while filming her debut season of Teen Mom 2. The newest addition to the cast of OG’s — featuring, Briana DeJesus, Chelsea Houska, Kailyn Lowry, and Leah Messer — is focused on her family, her work, and her mental health after she wasn’t in the best place early on in the show.

“You can’t just live in the negative all the time. And, I feel like I’ve done that. I was really, really depressed and I went through a lot of depression throughout the show,” Jade, 22, told HollywoodLife in an exclusive interview. “I feel like I’ve now come to the end of ‘Teen Mom 2’ to this acceptance and peace — inner peace with myself and with my life and just overall happiness,” she said, explaining that she’s never reached that point prior.

Once Jade came into her own, she realized how much better her life had become. “I was like, ‘This is so good,'” she reflected, adding that she learned just how strong she truly is. “That showed me that you can go through all this freaking crap and then still come out on top and be okay and be fine.” 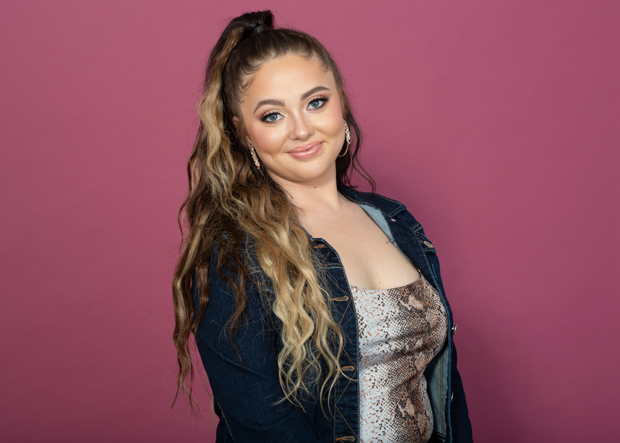 Now, Jade is learning to appreciate positivity. “Because even when you’re in a bad light, the good stuff and the good life, it’s eventually going to come back around,” she said of her outlook on life.

Despite mistakes she knows she’ll eventually make as a young person, Jade is making everything a teachable moment. “It’s normal to make mistakes. You get bashed about making any mistake, and I’m like, ‘That’s what being a mom is, it’s about making mistakes and knowing, ‘Oh, I made a mistake,’ and realizing, ‘Next time, I’m not going to do that because I’ve learned from that,'” she explained.

Jade continued: “If you’ve never been through a bunch of bullsh-t and a bunch of crap, how will you learn about anything? You have to go through the bad stuff to learn how to appreciate the good stuff.”

As she continues to introduce fans to who she really is, Jade wants them to see her resilience and independence throughout this season of Teen Mom 2. “Also my selflessness when it comes to my child and what’s best for my child,” she said of raising her daughter, Kloie Kenna with boyfriend Sean Austin.

“I hope that people see that I’ve grown so much and that I’ve learned from everything that I’ve made so many mistakes. I messed up so many times, but it’s what’s good about it is that I learned from when I messed up and I don’t keep repeating things,” Jade admitted. “I keep trying to break all these cycles that are in my family, Sean’s family, in society and in general.”