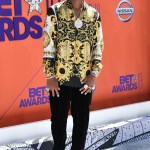 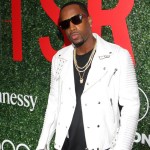 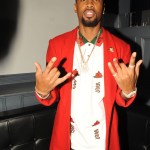 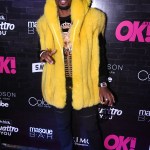 Love & Hip Hop: New York is about to welcome a new star. Just days after rumors swirled that Safaree Samuels, 38, and fiancée Erica Mena, 31, were having a baby, the happy couple confirmed in a video announcement that they are, in fact, about to welcome their first child together. In the video, Safaree admits that he’s kind of freaking about being a dad. “Wow, wow, it’s a big deal! Very big deal. I didn’t know I was capable of doing this. I’m excited!” Safaree says while rubbing Erica’s baby belly. He added, “I’m nervous. I’m in shock. I’m in disbelief. It’s very surreal to me. I don’t know what to do but I know I’m going to be great at what I do, because I’m great at everything.”

Erica shared that Safaree has hilariously been googling videos of dogs giving birth to puppies… because he thinks that’s the same thing as women having children. Um, what? He’s already told Erica that he’s not going to look “down there” while she’s giving birth. Safaree has a very weak stomach, so it will be an interesting birth, to say the least,” Erica says, laughing. Erica has a 12-year-old son from a previous relationship, King Conde, and she’s so excited to make him a big brother. She’s hoping that they’ll be able to raise their new baby like she did with King — protecting them “from the craziness” by rarely showing them on LHHNY, and barely on her social media accounts.

Safaree joked that that’s not what’s going to happen, though: “We’re going to be selective but at the same time, this baby will come out of the womb working. I was working very early. I’m about to pull a DJ Khaled. As soon as this baby comes out, we are working.”