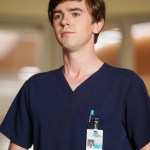 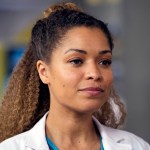 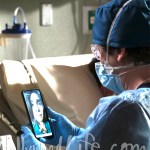 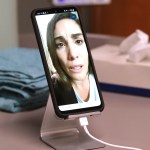 Now that Shaun has gone on his first date with Carly and is exploring romance, what does this mean for his relationship with Lea? Paige Spara spoke with HL about Shaun and Lea’s dynamic moving forward in season 3.

When The Good Doctor ended last season, many fans thought Shaun was going to ask Lea out on a date but he ended up asking Carly. Shaun went on his first date with Carly in the season 3 premiere but it didn’t go so well. So what does this mean for his relationship with his roomie? “I can tease that we will be exploring how Shaun’s new relationship affects her and their dynamic is a bit more explored and challenged and [there will be] new territories,” Paige Spara told HollywoodLife on a recent set visit. She also talked about Paige’s reaction during that finale moment. “I think it’s very mixed but at the end of the day she has Shaun’s back and wants him to be happy and wants him to explore relationships whether it’s her…” Paige continued. “As long as it’s with someone he does care about and she’s a good person.”

As for whether or not Paige would like to see Shaun and Lea together, she said: “Yeah, I think so. I believe that you should marry or could marry your best friend and I think that’s really important and I think that would be really lovely to see those two people find each other.” She notes that it’s “relatable when you have had a past with someone and then they’re kind of moving on, even though you wanted that for them, then it makes you kind of second guess certain things and if you had made the right decision. I think that’s such a relatable, triangular thing that can happen with partners so I love that we are touching on that because that is a very confusing thing to go through.”

Shaun’s journey with dating is going to make Lea reflect on her own life. “I think as much as Shaun is looking to her for certain opinions, I feel like it also makes her reevaluate how she addresses relationships in her life and maybe how to implement also for herself,” Paige revealed. “It’s one of those things like, wow, why can’t I take the advice I give? Because the things Shaun is coming to Leah about are those kinds of everyday reminders in relationships we kind of look ver but they’re very important to him. And I feel like those little things are so fundamental but sometimes we forget the basic fundaments of basic human relationships.”