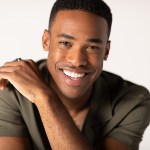 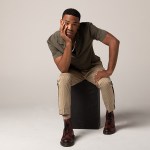 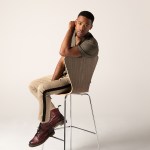 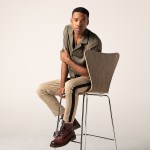 ‘The Rookie’ is back for season 2 on Sept. 29. HollywoodLife spoke EXCLUSIVELY with Titus Makin Jr. about what lies ahead for Jackson in season 2, including new challenges for the rookies.

The Rookie returns for its highly-anticipated second season after that jaw-dropping finale. The show is taking everything to a whole new level in season 2, so buckle up. HollywoodLife sat down EXCLUSIVELY Titus Makin Jr. about season 2. At the end of last season, Officer Bradford’s life was left in jeopardy after he was exposed to a deadly virus. “We pick up where we left off,” Titus Makin Jr. told HollywoodLife. “We’re in our second phase of rookie year one. So we’re done with the testing. We’re seeing if we’re making it in the short sleeves. We’re continuing on through pretty much all the trials of trying to prove that we’re worthy to be on the field by ourselves.”

He teased that Jackson and the cops will be facing their fair share of new threats in season 2. “It gets more intense,” Titus continued. “There’s always something happening in LA — bomb threats to gunmen, all types of things that you would see around the streets of Los Angeles.” Titus also said he’s looking forward to Jackson becoming “more confident. That’s the one thing people are always asking me. They’re like, ‘Do you feel like you’re similar to Jackson?’ I guess in some ways, but for the most part, even I am rooting for him to stop being such a prude. I’m like, ‘Jackson, stop being such a know-it-all. Just go do it and chill it.’ But he’s doing that already a lot more in season 2. He definitely steps up and just gets out there. It’s a lot less talk, more action.”

The biggest challenge at the start of the season is the “fear of knowing if they’re going to make it past the rookie year.” Titus noted that there’s “more action stilled in the light-hearted comedy” like The Rookie known for. Titus added, “There are some solid love triangles, relationship stuff going on. That never gets old. Everybody appreciates a good love story. But there’s a lot of cool romance and action stuff.”

With Bishop not returning in season 2, that means Nolan is going to need a new training officer. Titus revealed what we can expect regarding that shake-up on the force. “I think it’ll be really exciting for everyone to see all the new partnerships that come into play and how, throughout the rookie year, sometimes you are matched with different training officers,” Titus said. “All types of people will come in to teach us and show us the ropes of how things should be by the time we’re out there on our own and not rookies anymore.” The Rookie will air Sundays at 10 p.m. on ABC.