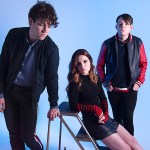 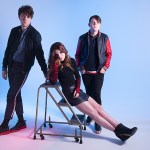 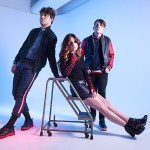 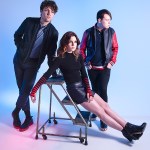 On their new single, Echosmith sees a ‘lonely generation’ that’s ‘looking in the wrong place for something right.’ The band talks with HollywoodLife about their song, how they’ve evolved as a band, and who’d they’d ‘absolutely’ love to collab with!

Gazing out upon a sea of faces illuminated by cellphone light, endlessly and passively scrolling through their timelines, Echosmith sees the disillusioned masses they’ve dubbed the “Lonely Generation.” In the new single from the Sierota siblings – lead singer Sydney Sierota, bassist and singer Noah Sierota and drummer Graham Sierota – the band sings for everyone who found that social media isn’t that social. It’s a rousing alt-pop anthem for those who find these apps only end up obfuscate the truth, created a “pixelated version” of yourself.

2019 has been a busy year for Echosmith. In addition to releasing “Lonely Generation,” the band has worked with Audien (“Favorite Sound”), For King & Country, and Timbaland (“God Only Knows”) to produce a pair of collaborations. The band is also busy running Echosmith Music LLC, the record label they launched in 2018. Sydney’s spoke with HollywoodLife EXCLUSIVELY through email about the new song, the thrill of being independent, and which killer group they’d love to work with next.

HollywoodLife: Was there a single, specific moment that inspired the new single? Like, an “a-ha” instance that conjured the phrase “Lonely Generation” into your collective heads?

Sydney Sierota: This song started with the phrase “Lonely Generation,” and everything kind just flowed from that! It’s fun when a song starts with a concept before music is even considered, it helps to keep the writing experience meaningful and fresh.

As a band that has grown up in a digitally connected world, where do you see this “Lonely Generation” going? Does it stay lonely? Or do you see fewer people using social media?

The optimistic side of me is determined to help create a world where we can use the digital world in a proper and balanced way. It’s pretty hard to talk to so many people that feel so lonely in this modern age, and we hope that that can slowly change. We need community, we need those face to face relationships to help us through this wild life.

“Lonely Generation” continues the evolution of Echosmith’s sound. What would be the most significant difference between Echosmith in 2019 and the Echosmith that released Talking Dreams in 2013?

I would say the biggest difference would be in the depth of the production with our producer. We’ve tried to incorporate a wider range of sounds and instruments to create a more modern Echosmith sound. We’re really excited for the way the whole record sounds, and we’re stoked to keep showing our fans what we’ve created.

In the past year, you’ve worked with Timbaland, Audien, Florian Picasso, and with For King & Country. What was the motivation behind these unexpected team-ups?

We often talk about trying to show up in the places/scenes that people wouldn’t expect! We love a wide range of artists, so it’s an amazing experience to get to work with so many incredible people! Music for us is all about collaboration, so to be able to work with such a wide range of artists and their individual styles helps keep our job exciting.

Is there anyone, in particular, you’d love to work with? A “give-my-left-arm-to-collab-with” type of artist?

Oooh. There are a few artists we would absolutely love to work with. Coldplay and The Killers have always been some of our favorite bands, so they would for sure be a dream.

This is your first single on your own record label. How has it been being in charge and being independent?

We feel great. This change was exactly what we needed. It’s cool to be able to create the music that we care about and to have a fantastic team to support that. We’re so much more hands-on with each part of the process, and it’s cool to see how all our past experience has helped us to do this well.

Are you looking to sign any other acts to your label? Are there any you have your eye on?

That’s something we’ve talked quite a bit about. We love the team around us, and would love to help other artists have this same creative freedom and back them in that! We’re not looking to do that now, but eventually, that would be super fun. We’ve learned so much through our experience in this industry, and we’d love to share that!

“Lonely Generation” is out now.