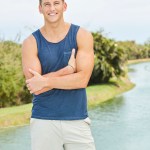 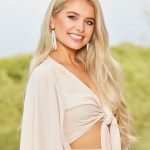 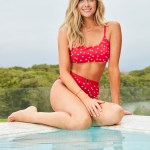 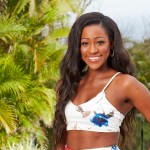 Season 6 ‘Bachelor in Paradise’ star Dean Unglert is reportedly very into Caelynn Miller-Keyes and their budding relationship, a source exclusively spilled to HollywoodLife.

Looks like Bachelor in Paradise stars Dean Unglert, 28, and Caelynn Miller-Keyes, 24, may have found real love! “Dean is head over heels for Caelynn,” a source EXCLUSIVELY spilled to HollywoodLife. “The relationship wasn’t just for TV and is very real, and Dean is telling friends he’s never been so happy or felt this way about a girl.” Even though Dean is sharing the way he feels about Caelynn with those closest to him, his friends seemingly have some concerns about the relationship.

“Those close to him feel like he hasn’t found the one in Caelynn, as Dean doesn’t seem to be ready to settle down yet,” the source continued. “He’s exploring so many business opportunities right now and is so focused on his career and all of the opportunities the franchise has to offer that they don’t see this lasting forever. Everyone sees how happy he is, but he’s expressed having no desire to wed or get too serious anytime soon. Having said that, they do really like each other a lot and this is the closest and most serious he’s been about a girl.” HollywoodLife has reached out to Dean’s rep for comment.

Although the source close to the show claims Dean doesn’t want to get serious with Caelynn any time soon, it seems as though their relationship is going strong since their exit from Season 6 of Bachelor in Paradise.  On the season finale, Dean returned to Mexico to ask her to be with him, and on the reunion show on Sept. 17, Caelynn touched upon her breakup with fellow BiP cast member Connor Saeli, who she left to be with Dean. She also gave Bachelor Nation an update on her budding romance with him. “Connor was the one I was waiting to meet, and I was trying to convince myself, but my heart was a little bit with Dean,” she said. “I went back and forth, but Dean and I had an immediate, crazy connection, and I would have regretted not taking that risk.”