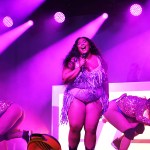 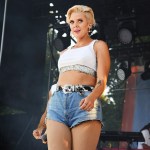 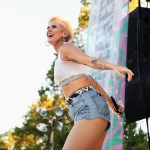 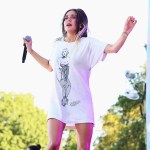 Busy Philipps shows the good, the bad & the ugly on social media, & explains why she chooses to ’empower’ others through the platform.

Busy Philipps took to Instagram in May to reveal that her E! talk show, Busy Tonight, would not be renewed. She also shared a tearful video in 2017 to show the raw nature of an actor’s emotions after her pilot wasn’t picked up. The mother of two’s use of her major platform is something others should model theirs after — a transparent, true look at what real life is like. “This is a really incredible time in history that all of us are able to connect with one another,” Busy explained in an EXCLUSIVE interview with HollywoodLife about her vulnerability on the ‘gram. “I think social media can cause a lot of people consternation, and there can be a lot of bad things on there. But, if you’re able to see what it can be at its best, and try to empower yourself to be a part of that, it can be really incredible and game-changing.”

While her fan-favorite show might not be returning to the television, Busy has continued to bring her positivity and hilarity to our phones through her Instagram Stories, in particular. She added that her social media use was crucial for her, not just “personally, but also career-wise.” The actress spoke to HollywoodLife at Bustle’s Rule Breakers Festival, where she was honored as one of this year’s “Rule Breakers.”

In an interview with the outlet, she spoke further about her candid social media vids, and why she first started to go on Instagram. “If I have zits or have picked my face, you can see it. This is my body, and this is what I’m going through. It’s proof of life,” she said. “The reason I started the [Instagram] Stories — it was because I was lonely. Marc and I weren’t talking. I needed to talk to someone. It’s who I am. And so I started talking to all of you.”

Busy also opened up about her abortion at 15, how the 2016 election lit a fire under her ass and the horrid fat-shaming she experienced at the start of her career. “I had a moment of reckoning that the country that I live in doesn’t value my experience, my gender. The things that I’ve gone through are a joke, and I’m like, f*ck that,” she said in the interview. “The throughline is this: I’m taking back the power of my body. And the shame and guilt that’s been perpetrated on me by men, I’m giving that away. I’m giving it to the world, I’m giving it back to the men who did it, I’m giving it back to men who are bystanders who have never stood up for a f*cking thing — I’m giving it back. I want to give that away, and I want to take the power.”