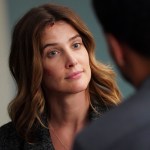 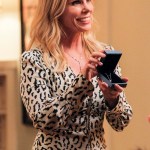 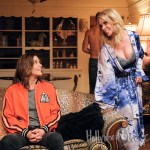 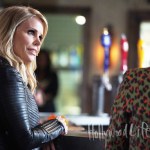 ‘Stumptown’ is one of the best new TV shows of the fall and the cast is stellar. Camryn Manheim and Michael Ealy preview the ABC series and Camryn admits she’s totally down for her son to show up on ‘Stumptown!’

Stumptown makes its big debut on Sept. 25. The show follows Dex Parios, a strong and sharp-witted army veteran with a very complicated love life, gambling debt, and brother to take care of. She works as a PI in Portland and finds herself crossing paths with the police as she tries to take down criminals. HollywoodLife sat down with stars Camryn Manheim and Michael Ealy to talk about their characters and more.

“I play Lieutenant Cosgrove, and when you meet me, I’m just a lieutenant who plays by the book,” Camryn told HollywoodLife at ABC’s junket during the Television Critics Association summer press tour. “I interrogate people. I’m trying to fight crime. You think I’m just a uniformed cop or suited cop but I have a life and I have a family and things may not be going so great. I have secrets. I have flaws. What’s exciting about the show is that every character we get to dive deep into who they are other than just the job they have or what I offer to the crime procedure every week. We’ve been told and I believe that we’re going to get deep into people’s personal lives and I think that’s what people want to see.”

Michael plays Miles a detective under Lieutenant Cosgrove. “Basically, I come in contact with Dex, played by Cobie Smulders, and I’m instantly kind of intrigued with all of her gumption and her spunk and this kind of attitude she has and I want to know more and I want to know more,” Michael teased. “I see that she could actually be of use to me in what I need to kind of do. We might be able to use her to infiltrate places where we can’t.”

When HollywoodLife brought up that Camryn’s son, Zombies star and DWTS alum Milo Manheim, should guest star on the show, she couldn’t help but agree. “I would love it, too,” she gushed. “I have to figure out who the casting people are on this show. He would love to. He’s going off to college… I would love it. Can we make that happen? Can we please make that happen? I do have two kids in high school, so maybe.” Let’s make it happen, ABC! Stumptown will air Wednesdays at 10 p.m. on ABC.