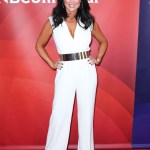 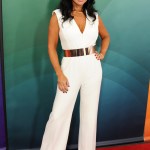 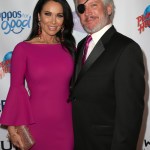 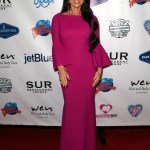 LeeAnne Locken didn’t even know D’Andra Simmons would accuse her husband of cheating on ‘RHOD.’ Now, LeeAnne told us if she sees their ‘friendship moving forward.’

LeeAnne Locken, 52, has a protocol when it comes to rumors — squash them in person, not through Bravo confessionals. That’s the same platform her co-star D’Andra Simmons, 50, used to insist that LeeAnne’s fiancé (and now husband) Rich Emberlin had been unfaithful, an accusation that LeeAnne has repeatedly shut down to outlets and on The Real Housewives of Dallas. LeeAnne now has a message for her former best friend, which she said during an EXCLUSIVE interview with HollywoodLife while hosting the Christmas in September event to benefit the Children’s Hospital of Los Angeles on Sept. 24.

“I wish that she had been courageous, and brave, and adult enough to say it to my face, instead of the things that she said in her confessionals,” LeeAnne told HollywoodLife, as we chatted with the Bravo star at The Abbey in West Hollywood, where she hosted the charity event. LeeAnne wasn’t even aware the cheating accusations would surface in Season 3 of RHOD — “[D’Andra] never actually said that to my face, she waited until she got to confessional,” LeeAnne told us.

LeeAnne admitted she was “pissed” when D’Andra questioned Rich’s faithfulness on-air, and revealed what it’d take to earn her forgiveness. “I don’t think it was the right move to make, especially if actually repairing our friendship is something that she was interested in. And I want to say this, there is a part of D’Andra that I miss deeply and that I still love. But until that part can become the largest part of her, I don’t see our friendship moving forward,” LeeAnne told us.

Happy Friday Y’all 🖤 .. I can’t remember the last time I was this excited for the WEEKEND 🎉🎉🎉 .. What are your plans for the weekend? Mine are dinner with friends & projects around the house!! I love my happy home 🏡 .. Have a FABULOUS WEEKEND Everyone ❤️💋

LeeAnne doesn’t care to investigate D’Andra’s alleged whistleblower, though. “To be quite honest with you, it doesn’t matter where she heard the lie. It’s a lie. Anyone who knows my husband knows how much he cherishes me, adores me, loves me,” D’Andra said of Rich, whom she married on April 27. She continued to sing his praises, adding, “It’s the reason, it’s the only reason I’m married. It’s the only reason I’m married. Because it took a man of such strength and honesty to be able to convince me that I was worth marrying.” The Miss Congeniality star also confirmed to HollywoodLife that the cheating rumors aren’t affecting their marriage — in fact, they FaceTimed while LeeAnne was getting her makeup done on the day of the interview!

Regardless, the drama the cheating rumors started in Season 3 rolled into Season 4, which premiered on Sept. 4. On the Sept. 11 episode of RHOD, D’Andra apologized for stirring the pot during a confessional, but still wouldn’t let go of the rumor. “LeeAnne wants me to say that Rich never cheated, but it’s the truth that I know. I’m not going to refute the truth that I know,” she told the cameras.