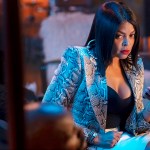 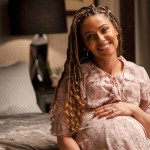 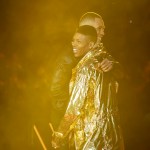 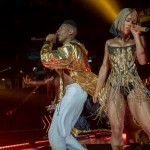 The final season of ‘Empire’ has arrived. HL got EXCLUSIVE scoop from showrunner Brett Mahoney about what we can expect from the Lyons.

Empire returns for its sixth and final season Sept. 24. The Lyons are back and ready for one last roller coaster of drama. HollywoodLife talked EXCLUSIVELY with showrunner Brett Mahoney about where the final season picks up when it comes our favorite TV family. At the end of season 5, Cookie and Lucious found themselves going their separate ways again. The feds were after Lucious, but Cookie decided to stay behind put herself first. Brett teased the on-again, off-again couple’s future in the final season.

“I think regardless of where they are, whether they are together or apart, they do love each other,” Brett said. “But the issue is, is love enough? They have this love from when they first met when they were 16 years old. But the question is — is that enough to keep them together and is ride or die real? How much of that is healthy for either one of them? I think this season will really test their relationship.”

Cookie and Lucious’s relationship was tested in a major way when it came to Andre’s health last season. Cookie was furious with Lucious for helping Andre in a drug-assisted suicide attempt. In the end, Andre got a new heart thanks to Kingsley. In season 6, Andre has recovered and is in a very good place after his near-death experience. “He has recovered from his heart transplant. His health is thriving,” Brett said. “With Lucious gone and Cookie refusing to play a role, we see Andre on the throne for the first time. It’s almost like all his dreams are coming true. He’s sitting on the throne, he’s got a beautiful wife, he’s expecting a son. It’s everything he’s always wanted!”

Let’s just hope it will last. As for whether or not Jussie Smollett will reprise his role as Jamal Lyon in the final season, Brett said, “I don’t think there are any clear plans at this point.” The final season of Empire will air Tuesdays at 9 p.m. on FOX.