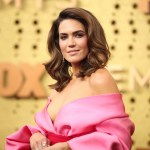 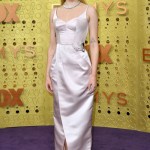 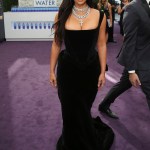 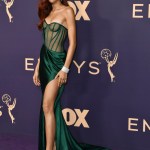 Wendy Williams called out ‘jealous’ critics on her Sept. 23 show for laughing at Kim Kardashian and Kendall Jenner during the Emmys on Sunday night. Wendy went off in defense of the famous family and explained why she thinks people are bitter with them.

Kim Kardashian and Kendall Jenner did not receive a warm welcome at the Emmy Awards on Sunday night. When the sisters hit the stage to present the award for Best Reality TV Show Competition, they were met with roars of laughter. Why? — The consensus online from at-home viewers, along with some in attendance, seems to be that the laughter began when Kim and Kendall expressed that their famous family “keeps it real” by telling their stories in “unfiltered and unscripted” ways. But, Wendy Williams wasn’t having it.

“I think the people laughing at them are jealous and I’ll tell you why,” the newly single talk show host said on her show, Monday Sept. 23, while recapping the Emmys. “You take your big education and go to drama school or whatever, and these girls make more money than the whole building,” Wendy explained. “People are upset because they study drama and they want to be actors, make money and honor their craft. Then this family comes along, the Kardashians, years ago. And, they stole everything, fame, but not in a bad way, in a good way. I think people are just jealous, so they laughed at them.”

The host went on to send a message to the Kardashian family, including friend, Kris Jenner. “Look Kim, Kendall, Kris and all of you all, don’t be mad at them for laughing,” Wendy said, explaining that “people are just trying to kick your back in for doing such big things in a short period of time with the only thing you have — which is love for one another, and the ability to make people follow you on Instagram and all that.”

Watch the moment Kim Kardashian and Kendall Jenner were laughed at, for claiming to be 'real', while presenting at the Emmys: pic.twitter.com/eVZMrsksG0

Kim and Kendall have not addressed the laughing buzz at the Emmys. However, they don’t seem to be fazed by the chuckling. Both sisters have since taken to social media to share behind-the-scenes snaps of their awards show attire.

Despite not being nominated, the sisters were called on to present the Emmy for a reality television category — which many fans believed made sense since Keeping Up With The Kardashians is currently in its 17th season. But, the laughter began after Kim opened the dialogue while presenting.

“Our family knows firsthand how truly compelling television comes from real people just being themselves,” the KKW Beauty founder said. As Kendall looked around at the crowd, she added, “Telling their stories unfiltered and unscripted.” Kim concluded, “Here are the nominees for Outstanding Competition Series.” The award went to RuPaul’s Drag Race.