After Bethenny Frankel raised $1 million for the people of Puerto Rico following Hurricane Maria, she tells us that she’s taking her humanitarian work to the Bahamas. Now, she’s doing everything she can to help victims of Hurricane Dorian.

Bethenny Frankel is taking her humanitarian work to the Bahamas after Hurricane Dorian viciously tore through the islands this summer. The Category 5 hurricane is said to be the strongest storm on record to hit the Bahamas, with the death toll at 50, as hundreds of people are still missing. Now, the reality star is stepping in to help in the disaster relief efforts. “We’re in the Bahamas now,” Bethenny, 48, told HollywoodLife at The Creative Coalition’s Television Humanitarian Awards Gala, where she was honored at Ocean Prime in Beverly Hills on September 21.

After previously raising millions of dollars in aid following earthquakes in Mexico and volcanoes in Guatemala, Bethenny knew she had to keep working to help those in need. With the two-year anniversary of Hurricane Maria being in September, the former Real Housewives of New York star was especially inspired to aid those who were victims of Hurricane Dorian.

“It’s an initiative and what gave me inspiration to start it was, I was already working in charity for years with ‘Dress For Success’ — an amazing charity for women, helping them to get jobs and inspire other women,” Bethenny explained of Dress For Success, in which she partnered with to launch her Bstrong disaster relief initiative. “But, I didn’t feel like I was hands on enough. I was talking to women, I was raising money and awareness, but I wasn’t really — it didn’t feel like I was in ground zero. Like, really just getting my hands dirty the way that I wish I had, after 9/11,” she explained. 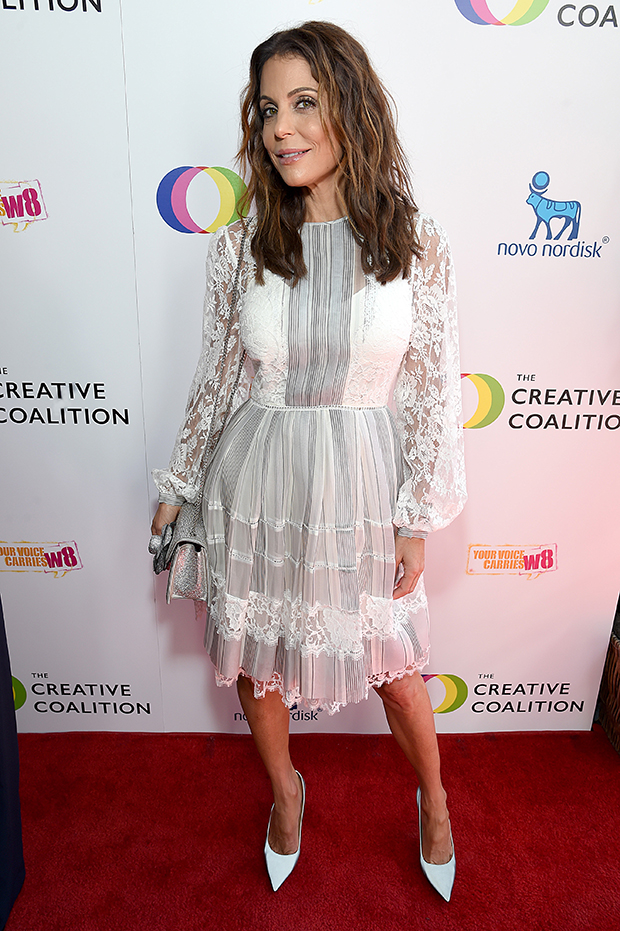 Bethenny Frankel at The Creative Coalition’s Television Humanitarian Awards Gala where she was honored on Saturday, September 21, 2019 at Ocean Prime in Beverly Hills. (Photo credit: Getty)

Additionally, Bethenny knew she had to charter planes around the world to really make an impact after seeing the aftermath of Hurricane Harvey. Harvey was a Category 4 hurricane that made landfall on Texas and Louisiana in August 2017, causing catastrophic flooding and many deaths.

“I started seeing people in Hurricane Harvey really surviving,” she said, explaining that she later ended up there to help in the relief efforts. From there, “I ended up being in Mexico after a terrible earthquake, then in Guatemala after the volcanoes erupted.” The Bravo star continued, “I went to Puerto Rico and got immersed in that relief effort, raising millions of dollars in aid and transporting planes back, where they charted the first plane. People were saying, ‘I’ll give you a plane’ and then it turned out to be over 50 planes. Cargo ships were hurting, you know?.. Now, we’re also in the Amazon and California. It’s really amazing.”

Bethenny was on hand at The Creative Coalition — the premier nonprofit, nonpartisan charity at the annual Television Humanitarian Awards — which honored television actors who use their unique platforms to create positive change and impact in the world. This year, the annual event also honored Emmy Award-nominees Patricia Arquette, Henry Winkler, Anthony Carrigan, along with Terry Crews.