Well, damn, Eileen Davidson! The soap star, 60, came to play during a rapid fire game of “Spill on the Hills” on Watch What Happens Live, September 17. Eileen, a former series regular on Real Housewives of Beverly Hills star shaded Lisa Vanderpump, 59, a now former housewife herself, more than once during the game.

Host Andy Cohen opened the game with a question about “puppygate” — the now infamous season 9 storyline that’s partially responsible for Lisa’s falling out with the rest of the cast. “Who do you think was more in the wrong [about “puppygate”], LVP or Dorit [Kemsley]?”, Andy asked. Eileen stared straight at the camera, and without hesitation said, “Yeah, Lisa Vanderpump.”

Andy then continued with the game and later asked Eileen her thoughts “on LVP ditching the reunion and quitting the show.” Eileen, who was quick to answer, said that Lisa’s exit was “a pussy move.” And, that was when the audience, including guest June Diane Raphael cheered the soap star on for her outspoken answers. 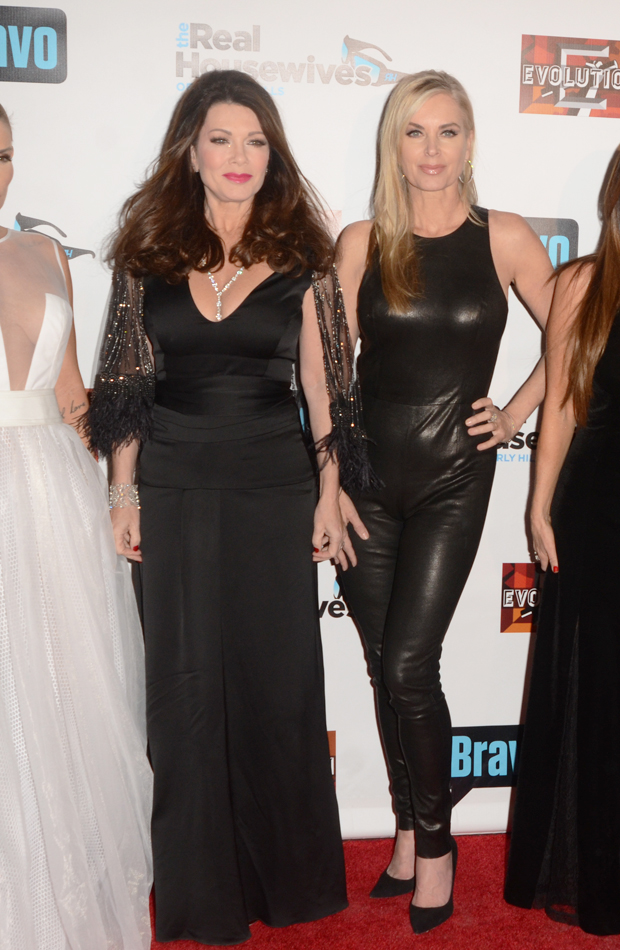 When asked about Kyle Richards and Lisa Vanderpump’s ongoing feud over “puppygate” among other things, which ultimately ended their friendship, Eileen seemed to throw subtle shade once again. “Do you really think it’s over for LVP and Kyle?”, Andy asked.

“I’ve seen so many things about that friendship,” Eileen said as she gestured air quotes around the word “friendship.” She added, “I don’t know. I think it’s over.”

Eileen was a series regular on The Real Housewives of Beverly Hills from 2014-2018 (seasons 5-7). She also made guest appearances on the show’s eighth season.

When HollywoodLife previously caught up with Eileen in January, she ironically expressed that she wouldn’t be surprised if Lisa exited the popular Bravo franchise. “Yeah, I do [see that]” Eileen told us of the possibility that LVP would leave RHOBH at the time. “Because, I know that she’s threatened to leave for about 6 years. She also has another show doing quite well on the same network. If it’s that hard…this is just my personal opinion. I don’t have any inside information, but just from observing, I would say, ‘Wow, it was hard for me for 3 years.’ For her after 10? I can’t imagine.”

Lisa quit RHOBH this past summer after she failed to show up to the season 9 reunion taping in June. The “puppygate” scandal rocked the Beverly Hills housewives — Kyle Richards, Lisa Rinna, Erika Girardi, Dorit Kemsley, Teddi Mellencamp and Denise Richards — when some of the women accused Lisa of intentionally leaking a story to the press about Dorit. The story in question was about Dorit’s dog, Lucy, who she adopted from the Vanderpump Dog Center, somehow ending up in a kill shelter.