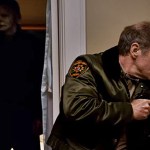 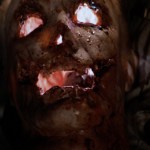 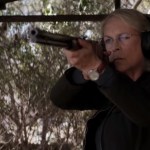 Jamie Lee Curtis is spilling all the details on the next ‘Halloween’ sequel. Plus, she reveals why ‘Halloween Kills’ will be one of the most ‘exciting’ entries in the franchise.

Jamie Lee Curtis told HollywoodLife EXCLUSIVELY that it’s “crazy” (in a good way) to see Kyle Richards returning to the Halloween franchise. But that’s not all that the actress told us while she was attending the 29th Annual Angel Awards Gala for Project Angel Food on Sept. 14. Jamie also spilled some major details on the franchise’s next installment, titled Halloween Kills. Upon us mentioning Kyle’s return as Lindsey Wallace, Jamie explained, “Well the movie itself brings the other people in Haddonfield [back]… [those] whose lives were affected by October 31st, 1978 — not just Laurie Strode — all the other people in that town at that time who survived. Then, this new Halloween movie brings all of them back and tells their story. It’s very exciting.”

Exciting is right! Several weeks after Halloween Kills and its 2021 follow-up, Halloween Ends, were announced on July 19, series producer Malek Akkad confirmed Kyle’s casting, while expressing excitement about her return after over four decades. “We couldn’t be happier, and are so excited that Kyle is coming home to her Halloween roots,” Akkad was quoted as saying, according to HalloweenMovies.com. Plus, Anthony Michael Hall was previously revealed to be playing a grown up version of Tommy Doyle — Lindsey’s childhood friend and the boy whom Laurie Strode was babysitting in the 1978 original film.

2018’s Halloween — a follow-up to the 1978 original — starring Jamie Lee Curtis and directed by David Gordon Green went on to become the highest-grossing installment in the classic horror franchise at more than $250 million worldwide. Halloween Kills is written by David Gordon Green, Danny McBride and Scott Teems, and is based on characters created by John Carpenter and Debra Hill. Halloween Kills will hit theaters on October 16, 2020.