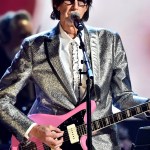 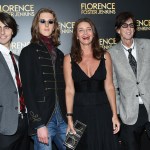 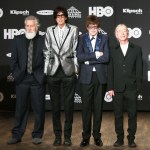 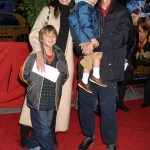 The sudden death of Ric Ocasek left the world stunned — especially his estranged wife, Paulina Porizkova. In the wake of his sad passing, the supermodel revealed how The Cars’ frontman ‘peacefully passed on.’

UPDATE (9/16/19, 6:07 p.m. ET): After Ric Ocasek passed away on Sept. 15, the musician’s estranged wife, Paulina Porizkova, released a statement on behalf of the Ocasek family on Sept. 16. The Instagram message read, “Ric was at  home recuperating very well after surgery. Our two sons, Jonathan and Oliver, and I were making sure he was comfortable, ordering food and watching TV together. I found him still asleep when bringing his Sunday morning coffee. I touched his cheek to rouse him. It was then I realized that during the night he had peacefully passed on. We appreciate the great outpouring of love. We, his family and friends, are completely and utterly devastated by his untimely and unexpected death and would appreciate the privacy to mourn in private.”

Ric’s official cause of death was also listed as “hypertensive and atherosclerotic cardiovascular disease [atherosclerosis],” with emphysema playing a contributing role, according to the Office of Chief Medical Examiner of the City of New York, per NBC News. Atherosclerosis is a build-up of plaque inside arteries, while emphysema is a lung condition in which the air sacs are damaged.

ORIGINAL: “Thank you.” That was all Paulina Porizkova, 54, wrote when captioning her Sept. 16 Instagram post. It was her first statement since her estranged husband, Ric Ocasek, 75, passed away the day prior. The supermodel shared a picture of the flowers fans left outside the Manhattan home they shared. Some even paid honored to The Cars’ frontman by leaving some toy cars next to a memorial candle. Paulina only wrote two words, but they were all she needed to express the level of grief over this loss and the level of gratitude for those fans sharing her pain.

Paulina was reportedly the one who found the Rock & Roll Hall Of Famer unconscious and unresponsive in his NYC townhouse around 4:00 PM ET on Sept. 15. The police say they received a call around that time about an unconscious male at a location on East 19th Street. He was pronounced dead at the scene. Paulina and Ric met on the set of The Cars’ music video for “Drive” in 1984. They were wed in 1989 and had two sons together – Jonathan, 25, and Oliver, 21 — but announced in 2018 that they had been “peacefully separated” for the past year.

“Our family always has been – and still is – a well-built car. When the four of us are together, we can go wherever the road takes us. But, as a bicycle, my husband and I no longer pedal in unison. So, we’re ditching the bicycle,” she said when announcing the split. “The love we have for one another is so wide and deep, it’s practically tangible, and that sort of love can never disappear. Expect to keep seeing happy family photos.”

Paulina spoke about her relationship with the “Let the Good Times Roll” singer when appearing on the HollywoodLife podcast in July. “We’re still sharing the same house, and spending holidays together, and sometimes doing vacations together,” Paulina told us. “I met my husband when I was 19, so he’s been my whole life. I was with this one man my entire life, until now. That our marriage didn’t work out, it’s neither one of our faults.”

“It was just really a matter of us growing apart. We still love each other, and there are no bad feelings,” she added.

Our thoughts are with Paulina, her children, and the rest of Ric’s family, friends, and fans during this time.