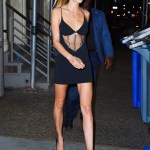 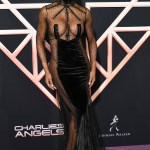 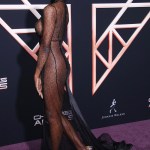 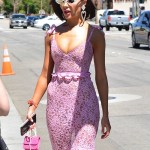 Naomi Campbell shut down London Fashion Week in a revealing black gown with several sheer panels on September 14! The supermodel showed off her tiny frame in the sultry, plunging number and bared her behind on  the red carpet!

Naomi Campbell had jaws on the floor when she showed up to her annual Fashion for Relief runway show at The British Museum on Saturday night! The legendary supermodel, 49, hit the red carpet in a sheer black gown that just barely covered her breasts and other private areas. Her sultry look featured several transparent black panels and a plunging neckline that bared her cleavage, toned tummy and long legs.

Naomi showed off her bare butt as she turned her back to paparazzi in her risqué gown. As she made her way down the red carpet, the runway veteran gave onlookers a full view of her backside as one black panel fell down the middle of her back. Naomi appeared to go undergarment-less in the sheer number.

Models Adut Akech, Stella Maxwell, and Alexa Chung were all in attendance at the Fashion for Relief runway show. Naomi posed on the red carpet with Adut Akech, an up and coming South Sudanese- Australian model who she mentors. Naomi also took to the catwalk later in the evening. 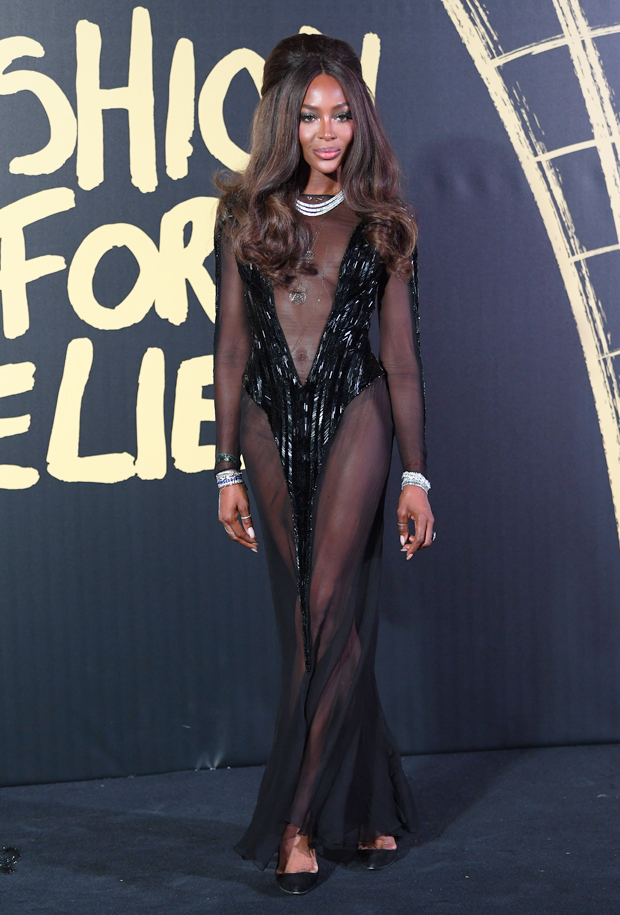 Naomi Campbell at her Fashion for Relief runway show at The British Museum during London Fashion Week on Saturday, September 14, 2019. (Photo credit: REX/Shutterstock) 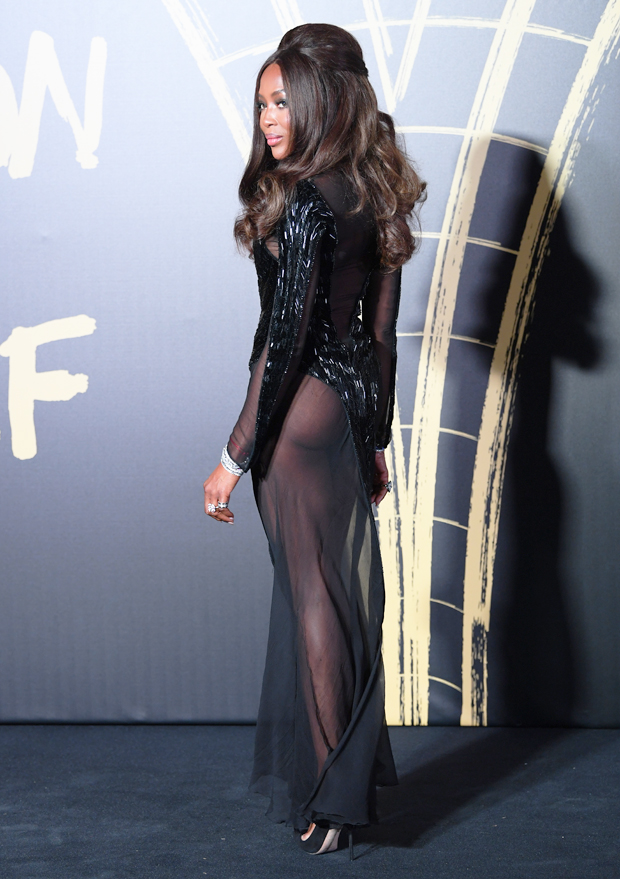 Naomi Campbell at her Fashion for Relief runway show at The British Museum during London Fashion Week on Saturday, September 14, 2019. (Photo credit: REX/Shutterstock)

Naomi started the charitable foundation in 2005 after being inspired by Nelson Mandela. “He always said to use my voice to speak out about things that I care about, to speak up and do something,” she said, according to the official Fashion for Relief website. The foundation, which is known for giving money to a number of different charities and causes, is “dedicated to improving the lives of those living in adversity, by uniting the fashion industry as a force for good.”