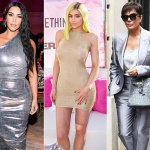 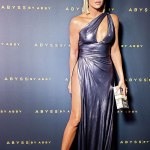 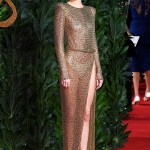 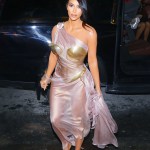 Kim Kardashian lit up New York City when she stepped out in a shimmery metallic mini skirt on September 12. The KKW Beauty founder was all smiles while sipping champagne inside L’Avenue at Saks!

You couldn’t miss Kim Kardashian in New York City on Thursday night. The Skims founder, 38, stepped out in the brightest metallic mini skirt as she made her way to L’Avenue at Saks Fifth Avenue in the rain. Kim arrived to the lavish venue in celebration of her new makeup line, KKW x Winnie, in which she collaborated with model Winnie Harlow, who was also in attendance.

The mother of four stunned in the shimmery skirt, which featured a black lace bottom. She wore a black plunging button top with long sleeves, which she tucked into her mini skirt. Kim showed off her toned tan legs as she headed into the event with a bodyguard, who shielded her sleek up-do from the rain. The entrepreneur also donned a pair of clear flip-flop heels.

Kim has had quite a busy week in the Big Apple. Not only was she on hand for New York Fashion Week — where she launched both her Skims shape wear line, as well as her KKW x Winnie beauty collection — but, it was also the premiere week of season 17 of Keeping Up With The Kardashians. From appearances on Live with Kelly & Ryan, to The Tonight Show starring Jimmy Fallon, Kim has been a prominent fixture during this season’s NYFW. 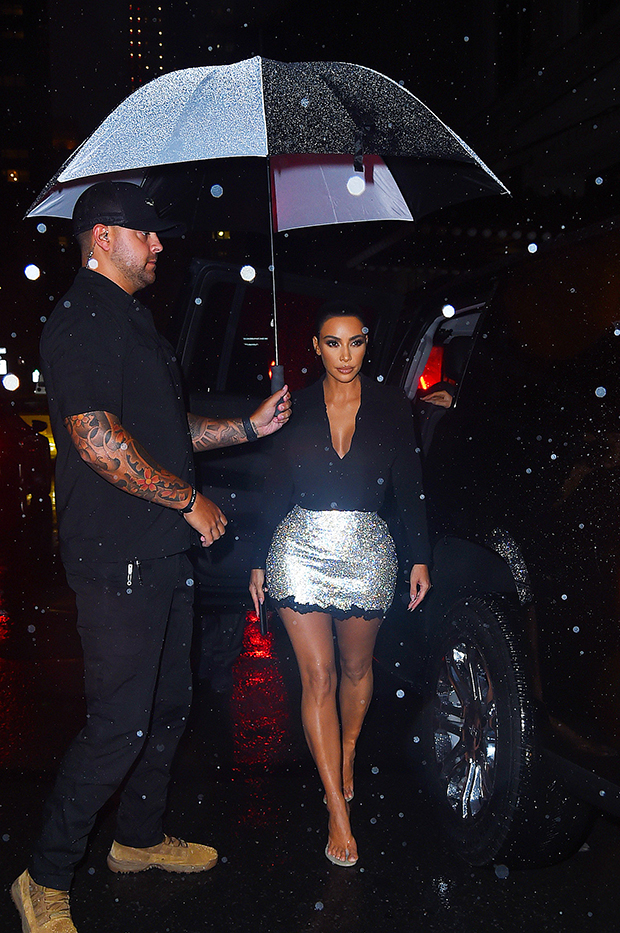 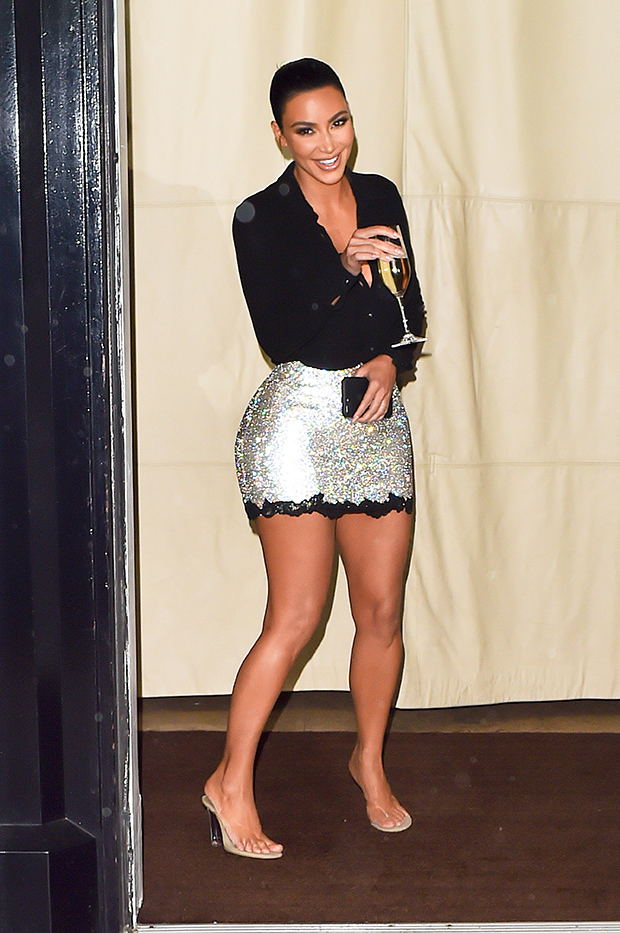 Kim was in great spirits throughout NYFW following her recently revealed positive test for Lupus antibodies, as seen in the season premiere of KUWTK on Sunday. She opened up about the health scare during an interview at L’Avenue on Thursday.

“I definitely keep that away from the kids,” Kim told Entertainment Tonight. “I think they’re just too young to really even realize.” Kim went on to explain that one of the most difficult parts of coping with her health scare was the pain she experienced in her hands, which she said she “couldn’t even pick up the kids for a while.”

Kim continued: “Until I figured out what was really going on, I just needed to take a break from lifting the baby, and that was really hard for me. My baby Chicago was, like, a big baby. She’s not light. But I was really worried because I had my baby coming, my baby boy [Psalm], and I thought it would be hard for me. But luckily I got it all under wraps.”