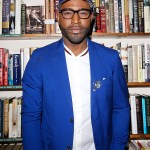 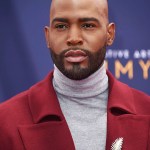 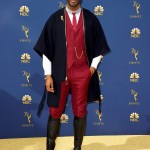 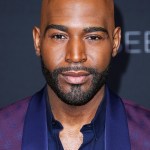 Aloha to Karamo Brown’s birthday suit! Wearing nothing but his ripped muscles, Queer Eye’s culture expert took in the sights of Maui from his hotel balcony during dawn patrol hours. Karamo’s fiance, Ian Jordan, did a good job of capturing his lover against the purple and orange sunrise that the Hawaiian island is famed for. Karamo captioned the resulting shot to his Instagram on Sept. 13, “Good morning to my last day in paradise. 📸@theianjordan.” But before Karamo, 38, says “a hui hou” to Maui — that means until we meet again — he gets to read all the rave reviews over his nude photo! His Queer Eye stars were especially here for it.

“OH SHE WOKE PARCHED😝,” Tan France gushed in the comments section, while Jonathan Van Ness also cheered on his Fab Five buddy: “Oh s**t gurl you know I’m here for this content!!!! Yossssss.” Our sentiments are the same!

Now that Karamo’s tropical getaway has come to a close, he’ll be hitting the dance floor soon! The Season 28 premiere of Dancing with the Stars airs this Monday, Sept. 16, and he’ll be competing against 11 other celebrities: Lamar Odom, Hannah Brown, Ally Brooke, Christie Brinkley, James Van Der Beek, Kate Flannery, Kel Mitchell, Lauren Alaina, Ray Lewis, Sean Spicer and Mary Wilson. Karamo’s pro partner is TBA, but he gave us a tease of what we can expect before tuning into ABC! “I want the sequins, I want the moves, I want it all,” Karamo mused on Good Morning America in August.

Good morning to my last day in paradise. 📸: @theianjordan

From his fame on Queer Eye to a new gig on Dancing with the Stars, Karamo has forged a successful path for himself! The culture expert told fans how they can do the same in an EXCLUSIVE interview with HollywoodLife. “I’d encourage them to be patient with themselves. So often we get to a space where we’re always thinking, ‘I have to keep up with the next person, or I’m at this age and I haven’t accomplished this, so there’s something wrong with me.’ [It] does a disservice. We’re designing our journey, whether we are going slow or fast, that journey is just as beautiful as any other journey,” Karamo told us in May. He added, “If you have a goal in mind – in one day or in 10 years, you will get there.”