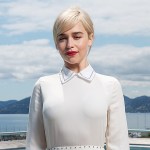 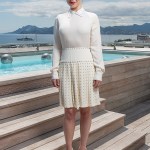 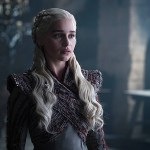 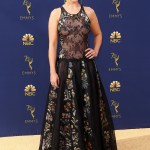 Emilia Clarke and Henry Golding are the ultimate holiday couple. The final ‘Last Christmas’ trailer is out now and just fueled all those theories that took over the internet when the last trailer was released.

The first trailer for Last Christmas dropped in Aug. 2019 and fans nearly broke the internet with theories about how the movie is going to go down. Many fans think Last Christmas is more than just a holiday movie — it’s going to be one hell of a tear-jerker. A popular theory is that Henry Golding’s character, Tom, is actually dead and possibly a ghost or guardian angel. Many fans are taking George Michael’s lyrics to “Last Christmas” to heart, believing that Henry’s character gives Emilia Clarke’s character his heart.

Well, the new trailer only increased speculation about that heartbreaking fan theory. “Last Christmas, I was really sick and almost died,” Kate says in the trailer. In the year after her close call, Kate is down on her luck. That all changes when she meets Tom. Kate and Tom fall in love as they go on adventures throughout London. Kate opens up to Tom. “When I was ill, it felt like I lost something special,” an emotional Kate tells Tom. “I could sing before. I had all these dreams.”

Later, Kate asks Tom, “Why me?” He replies, “It was always going to be you.” This is even more evidence to the theory that Tom is dead and his heart is the one beating inside of Kate’s chest right now! It’s time to buy stock in tissues, everyone. But hey, maybe Last Christmas is trying to throw us off. There’s nothing like a good twist. The movie also stars Michelle Yeoh and Emma Thompson, who co-wrote the story with her husband Greg Wise.