Hello, Demi Moore! The veteran actress is completely nude on the latest cover of ‘Harper’s Bazaar’, and the photos are breathtaking. Demi lounges poolside while showing off her incredible figure for the mag’s October cover!

Demi Moore ages like a damn fine wine! The actress, 56, looks stunning on the cover of Harper’s Bazaar, where she stripped down to nothing but an oversized hot pink hat by Lynn Paid and a Van Cleef & Arpels diamond bracelet. Demi smiles on the mag’s October 2019 cover, which features her signature long black hair down with loose waves. She sits in front of a crystal blue pool, strategically covering her breasts and other areas with her arms and legs.

In other photos from the multi-page spread, Demi is seen in a number of couture looks including, a sheer blue Valentino Haute Couture gown; a Giambattista Valli Haute Couture feathered pink mini dress with a long train; a Dior Haute Couture strapless black dress with a transparent one-shoulder slip; a Armani Privé pink top with a pastel colored Cinderella skirt; a pilgrim-style Chanel Haute Couture dress and glasses; and a black floral Givenchy Haute Couture top, bra and skirt.

Inside the magazine’s pages, Demi is interviewed by friend and actress, Lena Dunham in a piece titled, “Demi Reveals All”, where she opens up about her “dysfunctional childhood, past relationships and overcoming addiction.” The cover interview came just before the release of her highly anticipated memoir, Inside Out, — out September 24. The book dives into deep topics, similar to those in the interview, and reveals never-before-heard details about her battle with addiction, along with issues with body image, and the aftermath of her painful childhood. 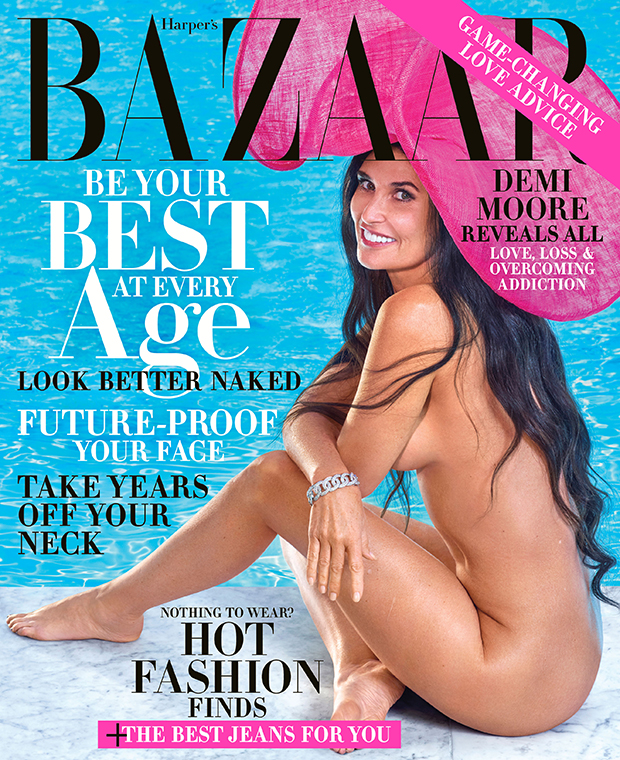 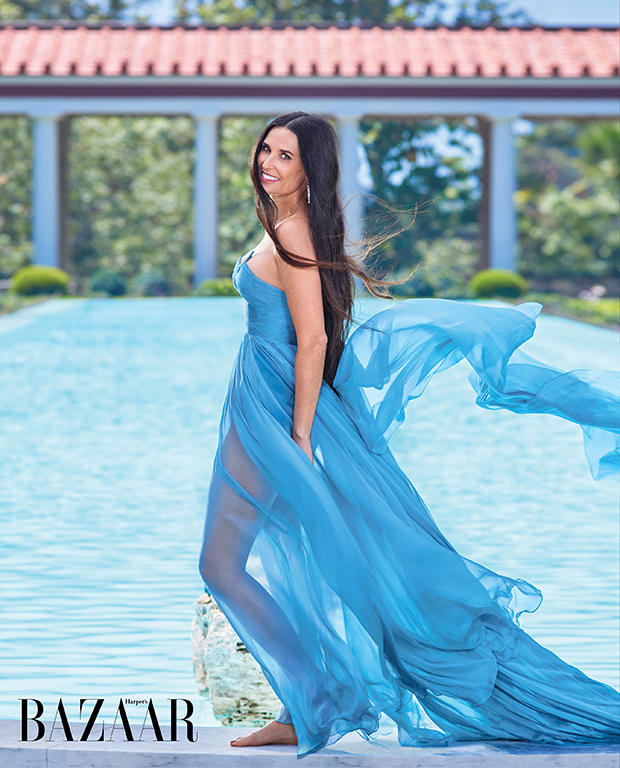 In the interview, Demi also spoke about raising her famous daughters, Rumer Willis, 31, Scout Willis, 28, and Tallulah Willis, 25, who she shares with ex-husband, actor Bruce Willis, 64.

“My daughters offered me an opportunity to start to change the generational pattern,” Demi told the magazine. “To be able to break the cycles …’ Motherhood, she says, was her only absolute goal and the only destiny she can be sure she’s fulfilled, and that includes ‘mothering myself.’”