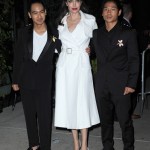 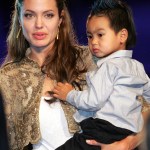 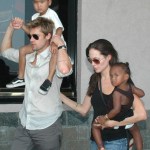 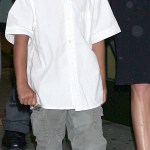 Brad Pitt and Angelina Jolie’s son Maddox is a freshman in college in South Korea. He was recently ambushed about his strained relationship with his dad.

Maddox Jolie Pitt, 18, is the first of former couple Angelina Jolie, 44, and Brad Pitt‘s children to leave the nest. He’s a freshman in college at Yonsei University in Seoul, South Korea and recently said in an ambush interview about his dad visiting him there, “I don’t know about that, what’s happening,” adding “Whatever happens, happens.” It was the first time he had spoken out after parents’ breakup in 2016 after he allegedly intervened in a reported on-board flight fight between Brad and Angelina.

“Brad is proud of Maddox. He really expects the absolute best from his schooling and hopes he can experience all that it has to offer him. He really hopes that people don’t bother his son over what is going on with his parents and that Maddox can just have the most normal experience possible and the most fun he can have while in school,” a source tells HollywoodLife.com EXCLUSIVELY.

“Brad wants that for all his kids as they get older. Obviously it won’t be fully normal but as much as possible is what Brad is hoping for and expects in the situation. If something comes about that Brad would have the chance to visit Maddox he would, but likely won’t just because he doesn’t want to put that attention on him. Imagine Brad Pitt going to the school and how much distraction that would bring, Brad wants to support his son just like all his kids and hopes for the best and will be there for them whenever they need it,” our insider adds.

Maddox’s transition to college life abroad was documented by fellow students who captured the moment of Angelina emotionally dropping off her first child at the university. “Angelina has always shielded Maddox from this sort of ambush interview so it’s not something he’s dealt with much but he handled it like a pro, she’s very proud of him,” a second source tells us EXCLUSIVELY.

“She’s proud of him for staying so calm and speaking so confidently. She knows Maddox has a lot to say about many topics, much more than just his family life, and she’s happy to see him finding his voice. She has no problem with him speaking his truth and although she wishes he didn’t have to deal with this kind of thing while he’s away at school, she’s very proud of the way he handled himself,” our insider adds.