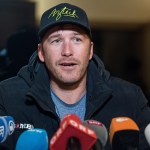 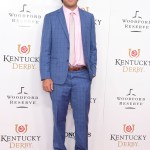 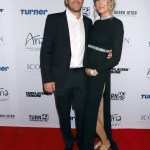 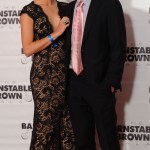 Bode Miller and his pregnant wife Morgan haven’t moved on from their daughter, Emeline’s June 2018 drowning death. However, they are moving forward with help from their ‘resilient’ kids. Bode gives a candid update to HL on his family’s recovery.

It’s been a little over a year since the tragic death of Bode and Morgan Miller‘s youngest child, 19-month-old daughter Emeline Grier Miller. Emeline drowned in a pool in the neighborhood of Coto de Caza, California, on June 10, 2018. While there isn’t a day that goes by that the retired Olympic skier and his family don’t think about Emeline, they’re adjusting to their “new normal” and are “recovering” one day at a time, Bode tells HollywoodLife in a candid, new interview. Four months after their daughter’s death, Bode and Morgan welcomed son Easton, now 10 months, in October 2018. They’re already parents to son Nash Skan, 4. Bode is also dad to son Samuel Bode, 6, and daughter Neesyn Dacey, 11, from a previous relationship.

“Things are good. I mean we have a really tight group,” Bode says of his family’s healing progress, adding that his wife’s parents have been a constant support system. “They’re hugely integrated in our family and are over every day. And, you know, I think the kids are a great resource in that regard. The kids are so good. Everyday is like a new day, and they’re psyched, and they want to play and run around and do things,” he says, noting though, that the kids miss Emeline immensely. “But they kind of force you to engage in things, in life… Without them, I think we would have been much worse off in terms of like recovery.”

Bode went on to explain that his wife’s strength along with the new addition of Easton helped the family to not move on, but move forward through the tragedy. “We had Easton and Morgan was heavily pregnant with him when Emmy passed away. So, you know, we had that sort of immediate distraction that you just couldn’t ignore,” he recalls. “Morgan really wanted to do right by Easton, and she had to take care of herself, which was, I think a challenge because any traumatic thing like that you’re just like — you go into like a weird shock, really,” Bode explains, adding, “You stop eating, and there’s all these other things that are really hard to manage.”

The athlete, who has since partnered with the Lone Mountain Land Company continued: “When you have something that’s so demanding like a pregnancy and then when he was born things move forward — that pulls you forward. When something like that happens you have this tendency to like want to stay in that moment. Because, it’s like you feel like you can’t go forward, kind of. And, there’s like a whole new normal that just hits you in the face with no transition period. So, you have to adjust to that.”

I used to wake up before dawn for ski races......My last race was over 4 years ago......I’m still waking up before dawn....entirely different reason

Now, Bode says he and his family are learning how to navigate their new normal since Emeline’s passing. “We’re just kind of trying to figure out how to continue. It’s been challenging obviously, but in terms of the family unit, it couldn’t have gone any better,” he admits, explaining that their family has come together to work on their recovery. “There’s nothing negative there, but you always hear, you know, that kind of stress on marriage, and how everything can be really tough,” he says.

However, that’s not the case with the Miller family, who are expecting identical twin boys on November 11. “So, in that regard, I’m very happy, and lucky that we’ve been able to sort of grow through everything. And, the twins too! The twins coming has forced us out of what could have been much more challenging,” he reveals. “It’s in a sense where your kind of happy that you got forced to deal with things more quickly, and like progress forward. Because it, I can see that, you know, we talk to families all the time actually who go through this type of thing, and they just can’t move forward. It’s just brutal.”

HollywoodLife caught up with Bode while he was celebrating his new longterm partnership with the Lone Mountain Land Company. — A union that will add land to conservation easements and protect wildlife corridors in Yellowstone National Park in Montana.

“It’s so unique and the management company behind it and the
development is all really super,” Bode, who says the partnership was a perfect match, explains. “I’m inspired in terms of how they’re doing it — the idea of integrating into a community and into nature without disrupting it.” He adds that his new partnership is also his effort to integrate his kids into nature. Learn more about Bode and the Lone Mountain Land Company, here, as well as Big Sky Resort.