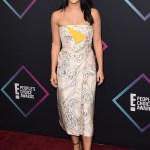 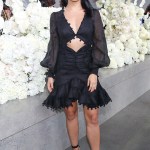 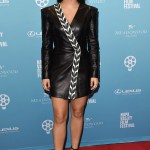 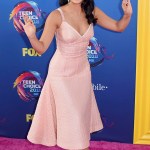 While recalling the sad story behind her ‘to build a home’ tattoo, Camila Mendes admitted she was ‘roofied’ during her freshman year at New York University.

Camila Mendes, 25, always strove to make a home for herself after moving more than 12 times throughout her childhood. That goal only became stronger after surviving sexual assault. The actress, who plays Veronica Lodge on Riverdale, revealed how the trauma spurred her to tattoo “to build a home” above her rib cage in an interview with Women’s Health magazine, published on Sept. 9. “I got the tattoo after my freshman year,” Camila told the interviewer, who noted the actress was blinking back tears. Continuing the dark memory from her time at New York University’s Tisch School of the Arts, she revealed she was a victim of a date rape drug: “I had a very, very bad experience; I was roofied by someone who sexually assaulted me.”

Afterwards, Camila vowed that “everything in her life would make her feel safe and comfortable,” which she believed are the qualities of “an ideal physical home,” according to Camila’s profile in Women’s Health. The CW star has achieved this by creating routines in the otherwise hectic schedule that her job demands.

“If you don’t have that literal box, you have to create it in your habits,” Camila told the magazine, a mantra she has applied by staying at the same hotels, eating at the same cafés, and visiting the same yoga classes and Pilates studios while traveling. The interview was also conducted at Los Angeles’ Café Parisien, where Camila is a “regular” at. Camila is also in a happy relationship with co-star Charles Melton, 28, whom she recently celebrated her one-year anniversary with.

Camila’s Riverdale co-star Lili Reinhart, 22, has also come forward with an accusation of attempted sexual assault. The actress for Betty Cooper penned a blog post called “In light of the Harvey Weinstein allegations…” during the #MeToo movement in Sept. 2017, in which she wrote that while “a teenager working on a project,” her co-worker tried to use his “power” to “try and take advantage of [her].” Lili wrote that he “tried to force himself on” her during a date, to which she said “no.” However, she kept the incident a secret for two reasons: she feared no one would believe her and that “production would be halted,” therefore costing people’s jobs. It’s important for Camila and Lili to use their platforms to come forward with their stories, so that others shouldn’t feel pressured to stay silent out of fear.