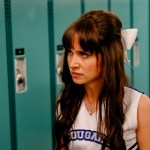 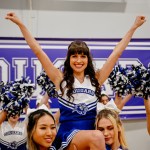 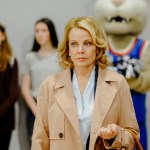 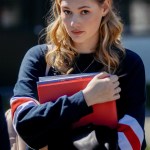 ‘Identity Theft of a Cheerleader’ premieres Sept. 7 on Lifetime. HL spoke EXCLUSIVELY with star Maiara Walsh about the many facets of Vicky, going back to high school, and more.

Identity Theft of a Cheerleader is one of the many cheerleader-themed movies Lifetime is premiering in September. Identity Theft of a Cheerleader will premiere Sept. 7 at 8 p.m. on Lifetime. The movie stars Maiara Walsh as Vicky, a 31-year-old who dropped out of high school during her senior year. She decides to go back to high school and steal the identity of a high school cheerleader to re-do her final year. She’s determined to make her mother proud and be the most popular girl at school, no matter the cost.

HollywoodLife talked EXCLUSIVELY with Maiara about taking on the complex role of Vicky. She loved the duality of Vicky’s personality and digging deep into that. She also discussed going back to high school for the role and how much high school has changed since she was a student. Maiara teased that Identity Theft of a Cheerleader gets “dark” quickly and you’ll be shocked at how quickly Vicky’s “dangerous and scary side” comes out.

What stood out about the role of Vicky that made you want to be a part of the movie?
Maiara Walsh: I think, as an actress, I really like roles that are very different from me. I like understanding the psychology behind why people do what they do, so I was trying to figure out why would a woman steal the identity of a high schooler and what actually is the tipping point in order to make that happen? How much desperation is she experiencing to make that decision the better decision out of the ones that she has in her life already? There’s a darkness to her, but there’s also a sweetness to her, so she’s very complex and that’s what drew me to her.

What was it like exploring those two very different sides of a woman?
Maiara Walsh: It was great. It was hard at times because if you’re doing your job well or right then you are experiencing the lowest lows that a person can feel. So there were times where it was tough and I felt like I was bringing the character back to the hotel room with me, and then there were other times where I just started learning new perspectives and that’s really fun for me.

What can you sort of tease about the dynamic that you have with your onscreen mom?
Maiara Walsh: Well, first of all, Gail [O’Grady] is incredible to work with and she brought this hard quality to her. In the film, my mom is very controlling and Gail just brought this sharpness to it that actually made me nervous around her while we were shooting our scenes, which was perfect. But I would say that the mom is a big part of the reason why Vicky makes the choices she does.

I feel like we’re really digging really deep into those really complex mother-daughter dynamics these days. We have The Act and we have this. It’s just such a fascinating relationship to explore, regardless of what the situation is.
Maiara Walsh: For sure, those formative years and our relationship with our parents really shape us, and I think it’s good to see what happens when you don’t treat your kids with respect and you think you know what’s best for them, but really you’re slowly killing their souls.

What was it like for you getting to go back to the high school experience?
Maiara Walsh: Well, we shot in a real high school and high school was in session, so it was so strange. I’ve been out of high school for a while and it was kind of fun for me to see what are kids talking about these days. What are they wearing? What’s important to them? Seeing how people carry themselves and just remembering myself in high school with all of my insecurities and just seeing that in the kids that I saw at the high school was so interesting and funny. It was just funny to be back.

Was it a huge culture shock for you?
Maiara Walsh: It definitely took at least a few days for me to get used to it, and once I was used to it I was just like, oh, okay, I guess that this is my life right now. So one thing I did really appreciate is there were so many signs around the school for afterschool activities to help with mental health or to talk about stuff that you normally wouldn’t talk about in high school. When I was in high school, we didn’t have that. You kind of didn’t talk about your feelings if you were struggling with something and now they actually have kind of afterschool activities where you can get together and talk about these things

Did you have to do any training for the cheerleading aspect of the role?
Maiara Walsh: So we basically had a cheerleading coordinator. The director would send me videos and I was a little nervous because I didn’t feel like I had as much prep as I was hoping to. But once we got the videos, I was able to just hammer it in and practice over and over and over again. Fortunately, things were pretty simple and we had this whole squad with real competition cheerleaders come and they did a couple of the larger stunts.

With these Lifetime movies, there’s always a twist. What can you sort of tease about how this film ends or how it all wraps up?
Maiara Walsh: Once Vicky gets to the high school, she’s determined to work her way to the top and get the guy of her dreams and she’s willing to do it at any cost. So I think it’s surprising to see where the character starts as this very timid, very neat, very controlled person to unleashing this very dangerous and scary side of her that you would not know meeting her right off the bat. I think it’s interesting to see how quickly it gets dark.