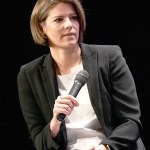 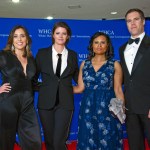 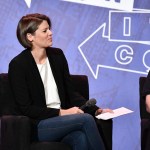 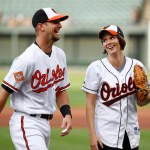 No need to check with any Washington insiders on this scoop: MSNBC’s Kasie Hunt just gave birth! She and hubby Matt Rivera welcomed their baby on September 4 and it’s a boy!

Amidst all the endless turmoil and scandal coming out of Washington D.C., here is some good news to brighten everyone’s day – no matter if they’re Republican or Democrat: MSNBC’s Kasie Hunt is now a mommy! Give months after announcing her pregnancy on Morning Joe, the 34-year-old NBC News Capitol Hill correspondent and host of Kasie DC gave birth. She and her husband, NBC Producer Matt Rivera, 37, welcomed their bundle of joy on September 4, according to her rep, and this is one thing that President Donald Trump can’t call “fake news.” Welcome to the world, Mars Hunt Rivera!

“Mars must already have big things planned since he started life at nine-and-a-half pounds,” Kasie and Matt told PEOPLE in a statement. “We love him so much and can’t wait to see what joy he brings to our family of three. Gender was a surprise! We got to actually say, ‘It’s a boy!’ He has dad’s mouth and mom’s chin. And he sneezes so loudly you can hear him down the hall.” How sweet! They provided a pic of their newborn along with the statement, and he’s absolutely perfect. Kasie and Matt look over the moon in the pic, and so in love. Her MSNBC also announced the happy news on the September 6 episode of Morning Joe.

Kasie revealed her pregnancy on the March 13 episode of the same show. “So, who’s pregnant,” co-host Mika Brzezinski asked the panel. “I doubt it’s Michael Steele,” Kasie said with a wink in her eye. She couldn’t keep the ruse up for much longer, and she admitted that she was “expecting a baby in August.” Mika, swooning with love for her pregnant co-worker, presented Kasie with a Morning Joe onesie. “Kasie often asks for advice, and her text to me yesterday was ‘how do I tell management?’ And I was like, ‘you come on Morning Joe.’ And we just told them!”

A day old and he already has ⚡️!

Kasie and Matt, who works as a digital producer for Meet The Press, were wed in 2017. She said at the time of her pregnancy reveal that she didn’t know if they were having a boy or a girl. She was looking forward to the “fun challenge” of decorating a gender-neutral nursery, according to The Hill. She also remarked on how her due date fell within Congress’ August recess. “A lucky coincidence, I suppose! Everyone tells me this is just the first step in realizing you have no control over anything once you have kids.”

“One of the best things about covering Capitol Hill is how many women there are on the beat these days,” she told the Washington Post after her pregnancy announcement. “And now for me, it’s a bonus how many have recently had children or are expecting babies.” Kasie also said that she plans to take three or four months off, which may mean she’ll miss a budget battle on the Hill. However, she says she’ll be “back in action for [the] Iowa caucus in 2020.”

This good news comes months after Kasie’s fellow MSNBC anchor, Katy Tur, 35, gave birth to her first child. She and Tony Kokoupil welcomed their son, Teddy Dokoupil, on April 13. “Theodore ‘Teddy’ Dokoupil was born early Saturday morning, weighing 6.5 pounds and stretching nearly 20 inches,” Katy revealed on Instagram. “His first words were ‘Wah wah wah!’ Our first words (after one of us screamed ‘owie, owie, owie’ for about 12 hours) were ‘ooo, eee, awwww.’ The whole family is happy as can be.”