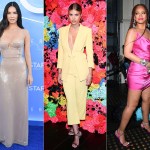 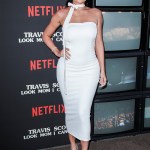 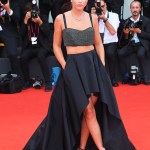 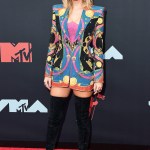 When it comes to red carpet and street fashion, these ladies completely slay! Representing the men, Jason Momoa, Harry Styles and Rami Malek also made the ultra-exclusive list.

It’s one of the coveted lists any fashionista can make! Vanity Fair’s annual Best Dressed List is released every September, and those who make the cut are vetted after a rigorous selection process in place by VF‘s editors: if it’s not obvious, making the list is considered to be a feat for anyone. Instagram style queen Zendaya, 23, was on the round up this year, along with the forever fashionable Jennifer Lopez, 50, and exotic beauty Priyanka Chopra, 37. The list doesn’t forget Hollywood’s dapperly dressed men, with Jason Momoa, 39, Harry Styles, 25 and Rami Malek, 38 also earning a spot on the 2019 rolodex.

“Zendaya blows the roof of how we imagine young stars dress,” Kimberly Drew, one of Vanity Fair‘s Best Dressed List committee members told the publication, over an image of the actress in a scrumptious orange-and-pink ostich feather number by Marc Jacobs. Zendaya rocked the gown for the launch of jewelry brand Âme last December. “Her look is evolved, mature. You sense she’s in complete control of her image.” We’re longtime fans of Zendaya’s style sense here at HollywoodLife, and fawned over her black and white polka dot dress for the launch of her fragrance, as well as her chic tuxedo-inspired crop top from Paris Fashion Week in July!

Priyanka Chopra is a given on this years’ list, and her NYC street style has been turning some serious heads lately. She revealed sunglasses are her most “over used” accessory in the interview, and also cited kitten heels as her latest obsession (she may not want to tower over her husband Nick Jonas: Priyanka is 5’5″ and Nick is 5’6″). “I don’t think there is such a thing as badly dressed. I’m a moody dresser. So if by ‘badly’ you mean sweats, then at home and on set,” Priyanka admitted.

Jennifer Lopez has been a longtime favorite of the magazine, too, gracing the cover for the first time back in June 2001 and appearing numerous times since. The fashionista has been making style headlines for decades, memorably sporting a sexy green Versace dress back at the Grammys in 2000 — and she hasn’t stopped with the fab looks since. Zoë Kravitz, 30, and her mom, Lisa Bonet, 51 also made the cut along with Chloë Sevigny, 44 and Celine Dion, 51.

Representing the men, Lisa’s handsome husband (and Zoë’s stepdad!) Jason Momoa, 40, earned his first spot on the list. The actor has been getting attention for various looks, making blush his signature shade after wearing a suave pink velvet suit by Fendi to the Oscars earlier this year. The suit — which was inspired by a velvet scrunchie one of Jason’s makeup artists gifted him — was one of legendary designer Karl Lagerfeld‘s last designs before he passed February. Harry Styles, Brad Pitt, Rami Malek, and Keanu Reeves were also named.