Kanye West‘s Sunday Service appears to be a common ground for some of Hollywood’s biggest stars. Brad Pitt is the latest celebrity to attend the rapper’s weekly event, where he leads a spiritual mix of hip hop and Gospel music. The actor, 55, was pictured embracing with Kanye, 42, over the Labor Day weekend during his Sunday Service on September 1 in Watts, California.

Brad rested his left hand on Ye’s shoulder in one shot (seen below), as the two shared a private conversation over a few smiles. The Ad Astra actor wore kaki pants and a brown t-shirt with white sneakers. Meanwhile, Kanye donned green pants and a white tee with black sneakers. Both stars wore sunglasses as they were surrounded by Sunday Service attendees trying to catch a glimpse at their encounter. Kanye’s wife, Kim Kardashian was also at the service and shared videos to her social media. 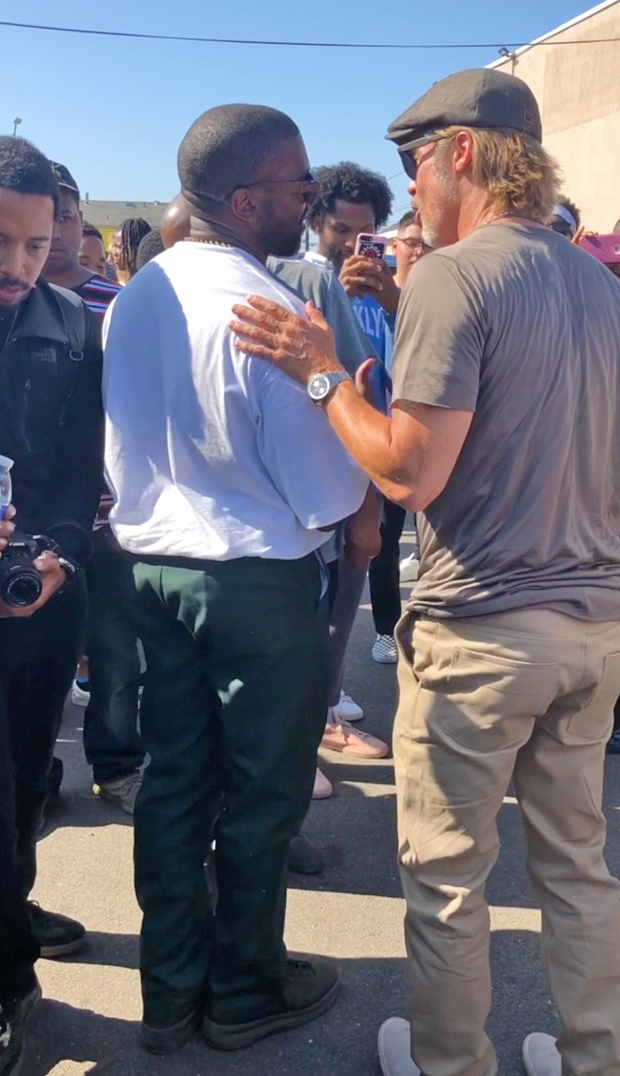 Kanye has recently taken his Sunday Service on the road. Just last week, the rapper traveled to Dayton, Ohio, where he and good friend, comedian Dave Chappelle honored all of those affected by the mass shooting there, which left nine people dead and 27 injured in the beginning of August. Kim was also at the service.