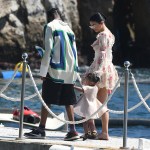 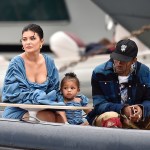 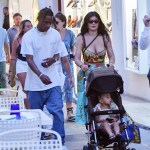 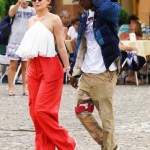 The makeup mogul gave her followers an intimate look at the fun-filled trip, which included plenty of bikinis, tequila and a pricey Birkin!

Kylie Jenner‘s epic 22nd trip to Europe was only a couple of weeks ago, but she’s still got plenty to share! The Kylie Cosmetics CEO posted a short video with highlights from the lavish getaway on her Instagram account on Friday, August 30. “Throwback to the most beautiful trip of my life!!! Wish i could turn around time 💗 thank you @amberasaly for this video,” she captioned the post — referencing close friend Amber Asaly who joined Kylie on the vacation, along with BFFs Yris Palmer, Stassie Karanikolaou, Victoria Villarroel, and Sofia Richie. Kylie’s boyfriend Travis Scott, 1-year-old daughter Stormi Webster, and family members Scott Disick, Kris Jenner, and Corey Gamble were also part of the close-knit group — WATCH THE VIDEO HERE!

The intimate video opens with a clip of Kylie saying, “It gets better with age people,” then cuts to a short bit of Kylie in a pink feather dress against a gorgeous flower display in the shape of the number 22. Kylie and Travis are spotted having an intimate cuddle in the video, as Kylie leans against him while he smokes. The loved up couple then hold hands as they go for a stroll, while Kylie holds 18-month-old Stormi in her other arm.

Other highlights show the group — including Sofia Richie, 21 — dancing in their bikinis and jumping into the water on Kylie’s rented yacht, which cost a reported $1.5 million a week. At one point, Kris Jenner’s boyfriend Corey Gamble, 38, appears to lead a choreographed dance routine with a number of the ladies. The video also reveals another of Kylie’s pricey birthday gifts, which was a yellow Hermès Birkin bag, which retail upwards of $15,000. The coveted style has been a longtime favorite of Kylie’s, as she avidly collects them and also received mine for her milestone 18th birthday.

The adorable video concludes with a number of sweet birthday messages for the Keeping Up star, including close friend’s Stassie and Victoria and mom Kris Jenner. “This past 10 years, I couldn’t imagine doing it with out you,” Stassie says to the camera, while Victoria embraces Stassi, calling Kylie “our guardian angle.” Proud mama Kris Jenner added, “I am so amazingly blessed to have you as my daughter and to have you call me mommy.” Scott Disick’s girlfriend Sofia — who Kylie just headed to Vegas with for her 21st bash — said “Kylie, you’re 22 — and you have always been one year cooler than me. But I love you, you’re my best friend and I don’t know what life would be like without you.”

The love continued in the video comments, as Sofia wrote “Love you so much!” and Kris commenting “I love you beautiful girl 💕💕💕.”