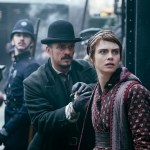 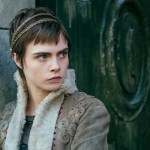 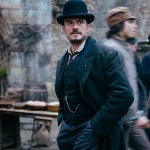 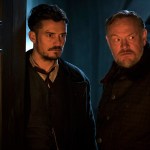 Your next fantasy show obsession has arrived in the form of ‘Carnival Row.’ The new Amazon series starring Cara Delevingne and Orlando Bloom debuted on Aug. 30 and it’s a show you need to binge immediately.

Game of Thrones is over, so there’a huge gap to be filled in the epic fantasy series category. Carnival Row is here to fill it. The Amazon Prime TV show is one of the highly-anticipated series of 2019. Carnival Row will consist of 8 episodes and will follow Orlando Bloom and Cara Delevingne’s characters on their journeys in a Victorian fantasy world filled with mythological immigrant creatures whose exotic homelands were invaded by the empires of man.

1. Carnival Row is a fantasy drama series. Orlando plays Rycroft Philostrate, a human detective, and Cara plays Vignette Stonemoss, a refugee faerie. Despite the intolerant society they live in, these two rekindle a passionate love affair. However, Vignette harbors a secret that Philo’s world during his most important case yet: a string of gruesome murders threatening the uneasy peace of the Row.

2. The cast is stacked. In addition to Orlando and Cara, the show also stars Jared Harris as Absalom Breakspear, the imperious and secretive Chancellor of the Burgue. David Gyasi plays Agreus, a mysteriously wealthy faun who moves into an affluent human neighborhood in defiance of the social order. Tamzin Merchant is Imogen Spurnrose, a young woman who sees in Agreus an opportunity to turn her aristocratic family’s fading fortunes around. Andrew Gower, Karla Crome, Caroline Ford, and Indira Varma also star.

3. The show has already been renewed. Amazon greenlit season 2 before the show even premiered. A premiere date for the second season has not been revealed.

4. Katy Perry, Orlando’s fiancee, could make a cameo in the future. Carnival Row showrunner Marc Guggenheim revealed that he’s already pitched the idea. “I may or may not have suggested the possibility of her doing a cameo,” he told PEOPLE. “And I said to Orlando, ‘I wouldn’t be doing my job if I didn’t at least float that as a concept.’”

5. Carnival Row is the first time Orlando and Cara have had series regular roles on a TV show. Orlando is known for his roles in the Pirates of the Caribbean and Lord of the Rings movies. He did make an appearance on the Netflix show Easy in 2016, but he’s never really explored television until now. Cara got her start in the modeling business and transitioned into the movie business by starring in films like Paper Towns, Suicide Squad, and more. Now they’re ready to take the TV world by storm.