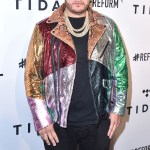 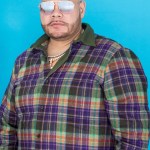 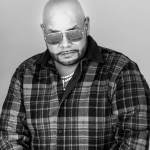 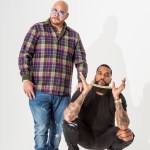 Fat Joe’s son Ryan is determined to step out of his father’s shadow but live up to his legacy. HL has an EXCLUSIVE preview of the ‘Growing Up Hip Hop: New York’ series premiere.

Fat Joe’s son Ryan Cartagena, 23, is one of the many cast members of Growing Up Hip Hop: New York. The aspiring rapper is working hard on his music in our EXCLUSIVE preview of the Aug. 29 premiere of Growing Up Hip Hop: New York. “I would never even consider calling myself Fat Ryan,” Ryan says in our sneak peek. He wants to make his father proud, but he wants to pave his own path in life.

“Having my father in my life in terms of my music career isn’t the easiest,” Ryan admits. “My dad is my best friend and my worst enemy.” Fat Joe stops by the studio to hear what his son has been working on. “He’s just starting out so with experience comes wisdom,” Fat Joe says. “He will emerge as a superstar if he stays focused.”

Ryan reveals that his biggest influence is Kanye West. “That’s really all I look up to. Uh, and God,” he says. Despite having faith in his son, Fat Joe knows that a successful rap career is never guaranteed. He believes that Ryan “should definitely learn the sneaker business in case the music career doesn’t work.” Fat Joe is the owner of the sneaker store UpNYC.