No one had more fun at the U.S. Open on August 28 than Gigi Hadid. The model was photographed cheering and screaming in the stands in support of her friend, Serena Williams, who came out victorious in her match against Caty McNally!

Gigi Hadid is one passionate tennis fan, especially when her friend Serena Williams is on the court. The model, 24, was loud and proud in the stands at New York’s Arthur Ashe Stadium during the U.S. Open on Wednesday. Gigi was pictured cheering with her arms in the air for the 23-time Grand Slam champion, 37. “Only my queen can have me this wired at midnight,” Gigi wrote on a photo she reposted from a friend to her Instagram Story.

The model, who stars in Burberry’s new fall campaign, attended the match with friends, Cully Smoller and KevinMJR (as seen on Instagram). The trio admittedly looked “stressed” and focused in other photos, as Caty McNally, 17, made Serena work for the veteran’s eventual victory. Gigi dressed casually for the event, wearing a denim jacket with a silk shirt underneath. She rocked a fresh face with her blonde hair tied back in a messy bun. Gigi accessorized with her U.S. Open lanyard around her neck, and an array of gold necklaces.

It’s no surprise Gigi and her crew were on edge during the match. Caty, who is 20 years Serena’s junior, kept up with the tennis legend for most of the two-hour match. Serena, who sported an all-black Nike dress, closed out the match and survived with a 5-7, 6-3, 6-1 victory. Serena will now advance to the third round. 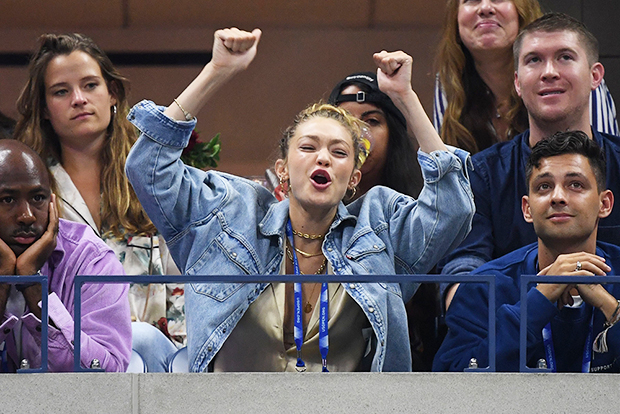 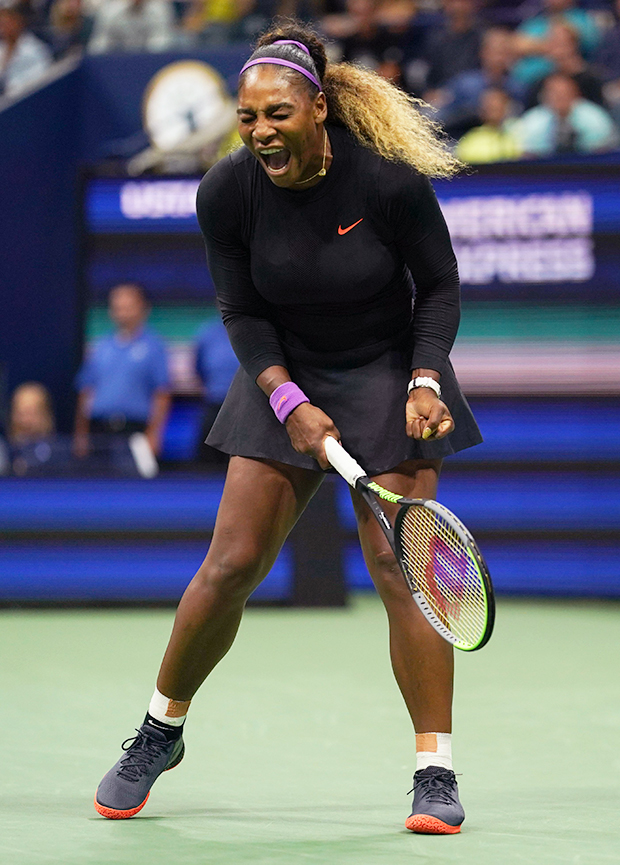 While Gigi was certainly surrounded by a solid crew at the U.S. Open on Wednesday, her rumored boyfriend, Tyler Cameron was nowhere in sight. The former Bachelorette contestant and the supermodel were last spotted together sharing a kiss at a VMAs afterparty, according to multiple reports.

Gigi and Tyler’s rumored romance has been at the forefront of headlines ever since they were first seen together right after The Bachelorette finale aired at the end of July. And, while they’ve stepped out together on many occasions, Gigi and Tyler have remained silent about the status of their relationship.

“They realize all eyes are on them when they’re out in public, but they really are just trying to explore a normal relationship despite being followed all the time,” a source told HollywoodLife EXCLUSIVELY. “Tyler and Gigi are trying to be as low key as possible, despite the circumstances, so they don’t like to show PDA unless they’re in a comfortable environment with family and friends,” the insider explained.