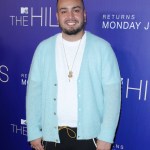 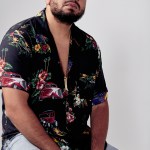 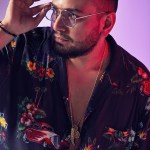 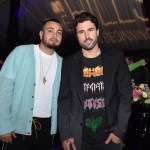 Frankie Delgado sounded pretty confident that Stephanie Pratt would backtrack on her farewell to ‘The Hills: New Beginnings.’ He even weighed in on her feud with Spencer Pratt!

Stephanie Pratt, 33, told a fan that she wasn’t returning for Season 2 of The Hills: New Beginnings on July 23, but her co-star Frankie Delgado, 38, still needs to be convinced. “I think she’ll be back,” the MTV star, who dropped by HollywoodLife’s Los Angeles office on Aug. 15, told us in an EXCLUSIVE interview. Why? “I don’t think she’s done,” he explained. Indeed, an official announcement from the network hasn’t been made, and Stephanie is still in the thick of drama with her castmates as Season 1 continues to air.

First of all, there’s Stephanie’s feud with Audrina Patridge, 34, that certainly hasn’t been resolved. Let’s not forget that Stephanie deemed Audrina as “enemy number one” this season. And of course, there’s Stephanie’s bad blood with her own blood, brother Spencer Pratt, 36, which she touched on right before announcing her exit from the show. “Spencer often screamed that everyone hates me, is fake nice to me and to go back to London because no one wants me here,” she vented in her Instagram rant against The Hills on July 23. While Frankie still thinks Stephanie will stay on for another season, that optimism doesn’t carry over to her relationship with Spencer.

“I think they’ve taken it a little too far past that line,” Frankie admitted to HollywoodLife, when asked if this sibling dynamic can be fixed. He added, “I mean, they will always be blood, so there’s things that could potentially bring them back together to be able to be faced. But obviously, right now I feel like it’s been a little too, they’ve taken it. It’s the worst I’ve ever seen it.” Stephanie even blamed this estrangement on Spencer’s wife, Heidi Montag, 32, during her Pratt Cast podcast on April 8.

Unlike Stephanie, Frankie’s “definitely hoping to come back on Season 2.” But he has other projects to look forward to as well, such as his work with sbe, a lifestyle hospitality company that operates and manages a number of high-profile venues! “I’m their nightlife partner. We launched a place called Hyde Sunset,” Frankie said of the restaurant and cocktail hot spot, which now has multiple locations. “Then we have a couple other projects that we’re doing with Katsuya,” he added. “We’re going to launch a lounge next door to Katsuya in Brentwood.” There’s a lot on Frankie’s plate, in addition to juggling all the drama on The Hills: New Beginnings!