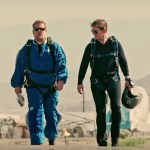 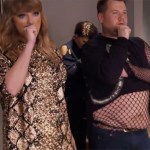 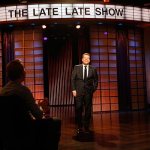 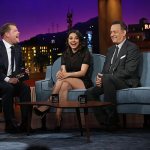 Emmy-nominated editor Tom Jarvis had the “mind-blowing” opportunity to be one of two people in the room as the legend that is Paul McCartney went through his sound-check ahead of a surprise concert in a pub. “Paul came on stage and he picked up his guitar and there was me and a camera guy and started playing ‘A Hard Days Night’ and sung ‘Love Me, Do,’ and he was looking at me and I was just sort of speechless by the whole thing,” Tom explained in an EXCLUSIVE interview with HollywoodLife.com. This was a moment not caught on camera for James Corden‘s beloved Carpool Karaoke, but all of the bits recorded during the day, Tom said, he knew “was gold.” Not sure how to cut down the full day in Liverpool with Paul McCartney into a 12 to 15 minute segment, co-EP Ben Winston spoke to CBS to see if the McCartney segment could be turned into a primetime special.

“We had hours of footage, and after a few days, we had a decent cut, but it was still very, very long — about 40 minutes, and we weren’t really sure how we were going to cut it down,” Tom detailed. “We had to get rid of some stuff we really liked, and then we ended up with the longest that had ever been on The Late Late Show, which was 23 minutes.” Of course, after the episode aired, the response was out of this world, with 86 million viewers and a million views across Facebook and YouTube within 48 hours. Then, CBS greenlit the primetime special, which aired in August 2018. “We knew it was going to be good, we just never knew it was going to be that good,” Tom gushed.

The episode is an Emmy Contender in five categories this season, including variety special (prerecorded), plus directing, writing, editing and sound mixing for a variety special. “It felt like it was something that touched a lot of people around the world and having the opportunity to really just earn that with a primetime special, was wonderful,” Tom explained. “You’re typically under such time constraints and you don’t have time to show the more emotional, delicate moments if they take a while to play out, and the McCartney special really gave us that opportunity.”

Be sure to tune into the Emmy Awards on September 22 on FOX at 8 PM ET.