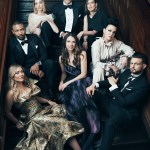 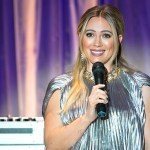 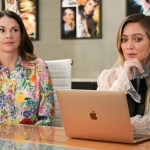 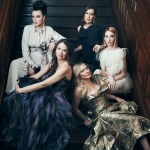 The tension is about to hit an all-time high on ‘Younger.’ HL spoke EXCLUSIVELY with Sutton Foster about Liza and Josh’s ‘major confrontation’ coming up, the season 6 finale, and more.

In the Aug. 21 episode of Younger, Liza declared that she wasn’t going to see Josh anymore. For all the Liza and Josh fans out there, this was heartbreaking news. HollywoodLife spoke EXCLUSIVELY with Sutton Foster about Liza’s decision and what lies ahead for the former flames. “I think Liza is choosing Charles,” Sutton told HollywoodLife. “Liza really wants her relationship with Charles to work. She needs to let Josh go in order to move forward with Charles. But that’s not going to be easy for her to do because I think she still loves Josh. It’s maddening.”

Sutton teased that the Aug. 29 episode is going to be a game-changer for Josh and Liza. “She really tries to let him go,” Sutton continued. “There’s a major scene that happens in this next episode. A major confrontation between Liza and Josh that was hard to film, I will say. So it does kind of come to a head.”

The season 6 finale will air Sept. 4. Like with every past season finale of Younger, the final episode of season 6 will leave fans begging for season 7. “It leaves on a major cliffhanger,” Sutton teased. “But that’s nothing new. I feel like this whole season it’s like every episode they drop a bomb. And in true Younger fashion, that happens again. So nothing is tied up in a bow. If anything, it’s leaving you going, ‘What? Oh my God.’ It doesn’t disappoint.”

Sutton also discussed her partnership with Autotrader as they help shine a light on pet adoption.  “I have two rescue dogs [Mabel and Brody] and Autotrader has come up with a list of the 10 best cars for pet lovers for comfort and convenience,” Sutton said. “It’s actually an awesome list. My husband and I are our in the market for a new car. I also have two and a half-year-old daughter. So car safety for all of the members of my family is very important. I’m actually going to go right through the list and check out all these cars.”

Pet adoption is near and dear to my heart, which is why I’m celebrating National Dog Day with @autotrader_com by announcing that they’ve created a limited quantity of Dog Goggles, available TODAY through 9/12, to keep dogs safe and stylish in the car. The experts at Autotrader also came out with the Best Cars for Dog Lovers (perfect for dog moms like me), tips for traveling with pets and must-have car accessories for pet parents. Head over to Dogtrader.com to grab a pair while you still can, clearly @mabelthedorkie has given the Dog Goggles two paws up. 🐶#NationalDogDay #AutotraderDogDay #DogsofInstagram #ad

She added: “Autotrader also has a sweepstake for dog goggles to protect your dog’s eyes and also to make them look fashionable for National Dog Day. You can go on dogtrader.com and sign up for it. They have a limited quantity of dog goggles. You can sign up to win a pair. They actually just sent me a couple of pairs this morning that are so cute. So anything to support dogs and to keep them safe, I’m all about it.”