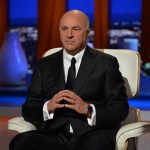 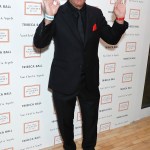 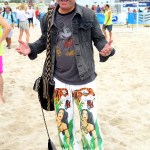 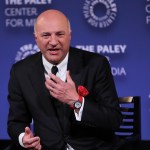 Kevin O’Leary of ‘Shark Tank’ was involved in a boat crash in Ontario, Canada that left one man dead, and a woman in the hospital with brain damage. He released a statement about the horrific accident.

Shark Tank star Kevin O’Leary survived a horrifying boat crash that left one man dead, and a woman hospitalized in critical condition. O’Leary was uninjured in the crash. Police responded to the scene of the accident on Lake Joseph, in Ontario, Canada, around 11:30pm local time on Saturday, August 24. O’Leary and his wife, Linda O’Leary, were on their boat with an unidentified woman, when it struck a larger boat, went over its bow, and slammed into the victim’s head. The 64-year-old man from Florida was killed according to Ontario police, while a 48-year-old woman, also on the larger boat, is reportedly in the hospital on a ventilator with significant brain damage, according to TMZ. The woman aboard the O’Learys’ boat was taken to the hospital, given stitches, and released.

The victims’ names have not been released at this time. O’Leary owns the smaller boat, which was being driven by his wife at the time of the crash. She was administered a DUI test and passed, according to police. Authorities seized their boat for forensic testing after it was towed to a nearby arena, according to TMZ. O’Leary released a statement following the crash, which read: “Late Saturday night I was a passenger in a boat that had a tragic collision with another craft that had no navigation lights on and then fled the scene of the accident. I am fully cooperating with authorities.

“Out of respect for the families who have lost loved ones and to fully support the ongoing investigation, I feel it is inappropriate to make further comments at this time. My thoughts are with all the families affected.”