Justin Timberlake made his latest golf outing a family affair, bringing son Silas and wife Jessica Biel on the green with him, Aug. 27! The family was photographed at the Omega European Masters in Switzerland — the 1st family photos we’ve seen in quite some time!

Justin Timberlake and Jessica Biel hit the putting green with son Silas, 4, on Tuesday, where they had the cutest impromptu family photoshoot. The Timberlake’s enjoyed a day on the golf course at the Omega European Masters in Crans Montana, Switzerland, where the singer will participate in the Pro-Am on August 28. Justin, 38, and Jessica, 37, were pictured in a group hug with their son during the golf outing, along with other smiling snaps.

At one point during his preparation, Justin was pictured giving Silas some golf lessons. Jessica looked on as she beamed with joy watching her boys participate in one of Justin’s favorite sports. While JT sported beige golf kakis and a light-colored button-on shirt, Jessica dressed more casually. The Sinner star wore dark-washed blue jeans and a white t-shirt with red, black and white Nike sneakers. Meanwhile, Silas wore a blue tee, white shorts and matching sneakers.

Justin, who is a great golfer himself, was seen getting a bunker lesson from pro golfer Rory McIlroy. Rory can be seen instructing Justin how to get out of a bunker in a video shared on the official European Tour Instagram. Who better to teach the singer golf tips ahead of his tee-off than Rory, right? The top pro golfer is fresh off his Tour Championship win at East Lake, and will be crowned the 2019 FedEx Cup champion. 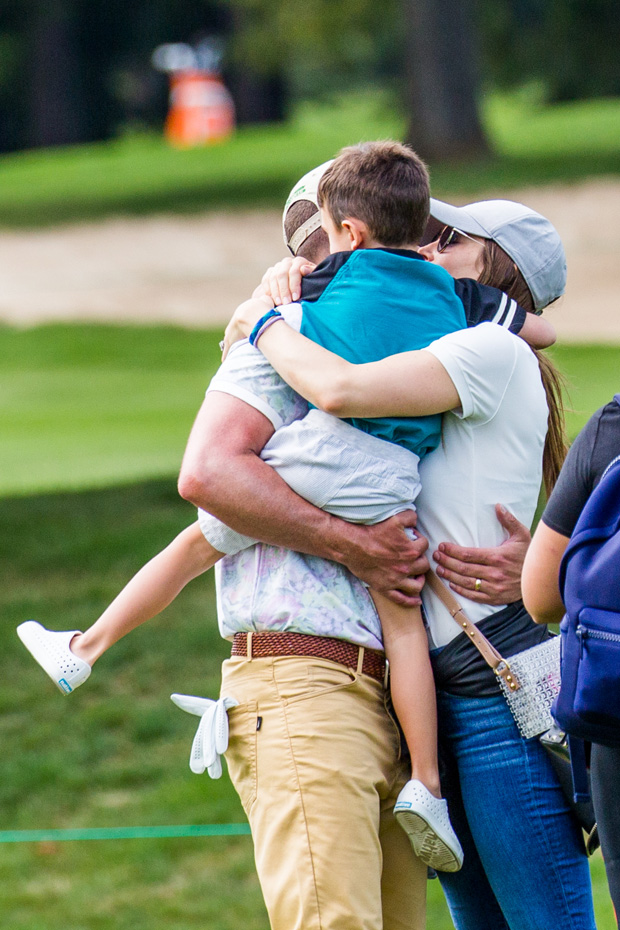 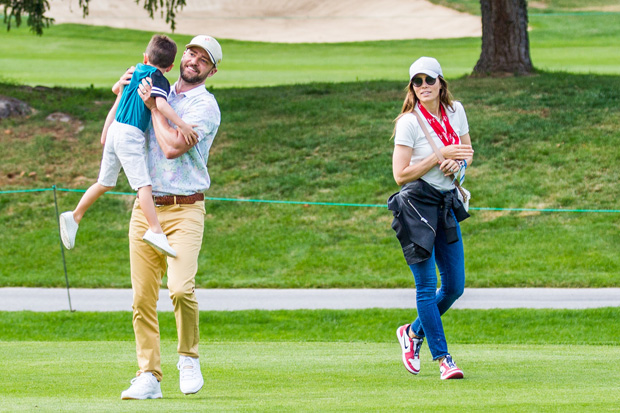 The family was in Switzerland to support Justin in the Omega European Masters. Like most Tours, ahead of the events is a Pro-Am, in which celebrities are invited to play the course with some of golf’s most prominent stars.