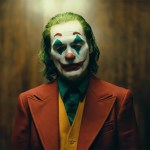 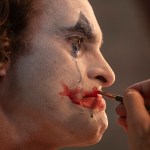 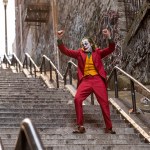 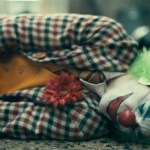 Joaquin Phoenix is ready to put a smile on all of our faces. A brand-new trailer for ‘Joker’ was released on Aug. 28  and it’s both terrifying and wildly entertaining.

It’s time to put on a happy face because Joker is one of the must-see movies of fall 2019. Joaquin Phoenix stars as the infamous villain in a brand-new original story. Joker is a completely standalone movie and does not tie into any Batman or DC Extended Universe movies. In Joker, Joaquin plays Arthur Fleck, a man completely disregarded by society. Arthur is completely down on his luck and begins to see the wicked side of life.

Joaquin follows a number of notable actors who have taken on the role of the iconic villain in movies. Jack Nicholson played the character in 1989’s Batman, followed by Heath Ledger in 2008’s The Dark Knight and Jared Leto in 2016’s Suicide Squad. Joaquin and director Todd Phillips are putting a new spin on the wicked clown that’s going to spice up the character in a fresh way. The movie also stars Robert De Niro, Zazie Beetz, Bill Camp, Frances Conroy, Brett Cullen, Marc Maron, and more.

Prior to the new trailer’s release, the movie’s official Instagram page posted a series of snippets from the trailer. The short clips featured Arthur walking in the rain, awkwardly dancing down steps in clown makeup, and climbing inside his refrigerator. Yes, really. In short, the sneak peeks left us all wanting more.

The first trailer for Joker was released in April 2019. That was the first time we heard Joaquin’s Joker laugh and it was just as frightening as we had hoped. “I used to think my life was a tragedy, but now I realize it’s a comedy,” Arthur said in the first trailer. Joker will hit theaters on Oct. 4.