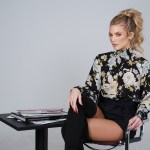 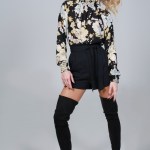 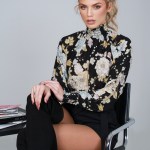 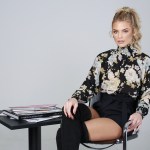 The former ‘90210’ star – who is featured in a new Amazon docu-film, ‘The Medicine’ – is finally responding to Ian Ziering and Jennie Garth’s snide remarks about The CW series.

AnnaLynne McCord, 32, is brushing off Ian Ziering’s shady comments about The CW revival of 90210. The actress – who played Naomi Clark in the series – has finally responded after the 55-year-old Beverly Hills, 90210 OG slammed the show, which ran for five years from 2008 until 2013. “They were using [the] Beverly Hills, 90210 [brand] to lure people in,” Ian said at the Television Critics Association on Aug. 7, according to our sister site, TVLine. “[But] once I saw that pilot episode, I realized it had nothing to do with what we created.” He later added, “No one’s going to [do] a remake of that show. With all due respect. Often imitated, but never [replicated].”

AnnaLynne clapped back at his comments in an EXCLUSIVE interview with HollywoodLife, as she promoted an upcoming Amazon documentary, The Medicine. “It’s funny because I never saw the original 90210. So, for me, my show wasn’t a replication. I was just doing something new altogether. So, you’re right, Ian. We weren’t trying to copy you. We just stole your name and it did really well, so thank you for doing it originally.”

AnnaLynne – who has yet to watch the BH90210 reboot – wasn’t done. “More so, I’d like him to know that he has helped me to purchase five houses, saved lots of children in Cambodia,” she said, referring to her Together1Heart anti-human trafficking charity. “Without Ian and the whole group, I would not have been able to fund the last decade of my life. So, go free. Say whatever you like. I’m grateful for all of this.”

She also had a response for Jennie Garth who has appeared in all three versions of 90210 – the original, which ran from 1990 to 2000, The CW revival and BH90210, which premiered on Aug. 6. Jennie – who found fame playing Kelly Taylor – told HollywoodLife EXCLUSIVELY that the reboot will just “pretend like that [90210] never happened.”

“I mean, I get politically what she’s saying, but she didn’t seem too upset about being on the show at the time,” AnnaLynne said, later adding, “When you’re doing something like 90210 for the 18th time, you want people to focus on the one you’re doing.”

As for AnnaLynne, she’s living her best life and that’s partly because of Ayahuasca [pronounced aye-ah-wasca] – a tea and meditative process that has been practiced by indigenous people in the Amazon basin for thousands of years. The actress is featured in the new documentary The Medicine, which partly charts her journey from skeptic to devotee after she traveled to Costa Rica to work with a shaman (a spiritual healer). AnnaLynne said the experience has worked wonders – from helping to clear up her acne to improving her relationships with men and her ability to connect and “have intimacy.”

“I think this documentary’s really timely with everything that’s happening because – not only does it follow the journey of Ayahuasca – but we really showcased the Amazon and these beautiful people who have these incredible traditions,” she said, alluding to the rainforest fires, which have horrified environmentalists like Leonardo DiCaprio. “I hope that it also becomes something that can be a little bit educational.” She added, “I am a different human being after this experience.” The Medicine will be available on Amazon and iTunes in October.