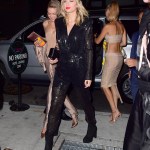 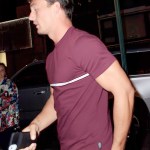 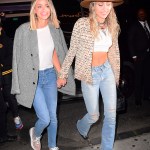 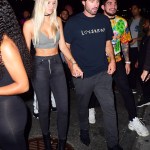 Awkward run-in alert! Miley Cyrus celebrated her big VMAs performance by hitting the town with Kaitlynn Carter — but they showed up to the SAME club as Kaitlynn’s ex, Brody Jenner, and his new flame!

After attending the 2019 MTV Video Music Awards, Miley Cyrus and Kaitlynn Carter showed up to the Columbia Records VMA after-party. The ladies were photographed holding hands while arriving at the New York City event, with Miley showing off her abs in a white crop top and jeans, and Kaitlynn keeping it casual in a white tee, denim pants and sneakers. Despite having just put on a very emotional performance at the award show, Miley seemed relaxed and comfortable with her rumored girlfriend, and both women had smiles on their faces as they entered the club.

Shortly after their arrival, Kaitlynn’s ex, Brody Jenner, showed up to the bash, and he also had another girl on his arm — new girlfriend, Josie Canseco! Brody and Josie have been pretty inseparable for the last couple of weeks, and they were holding hands as they entered the after-party, as well. It’s unclear what went down between the two couples inside, but there doesn’t appear to be any drama between them. After all, when Brody celebrated his birthday last week, he received a weed bouquet from Miley AND Kaitlynn, and proudly posted a photo of it on social media.

Miley has been spending a lot of time with Kaitlynn since she announced her split from Liam Hemsworth earlier this month. Just before the breakup news broke, photos were taken of Miley and Kaitlynn kissing on vacation, and rumors started spreading that the singer had cheated on the Australian actor.

However, Miley took to Twitter to clear up the rumors and reveal that she had NOT been unfaithful — she simply grew up and was not the same person who Liam first fell in love with ten years ago. She sings about this concept in the song “Slide Away,” which she released on August 16. The track is a super heartbreaking song about the demise of her relationship with Liam, and includes lyrics like, “Move on we’re not 17, I’m not who I used to be, you say that everything’s changed, you’re right we’re grown now.”

This is the song that Miley played at the VMAs, while Kaitlynn was backstage cheering her on. Meanwhile, Liam has been spending time with his family in Australia this summer and keeping out of the public eye following the split.