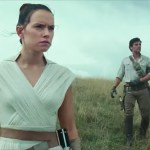 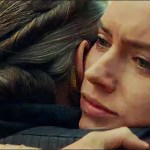 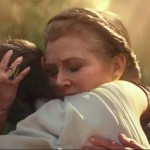 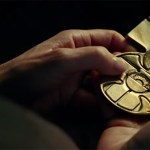 Talk about going out with a bang! A new ‘Star Wars: The Rise of Skywalker’ BTS trailer dropped, and let’s just say this: you’re definitely going to feel the force in Episode 9! Watch it here!

The D23: Expo is dedicated to taking Disney fans behind the magic of their favorite franchises, and so, they delivered quite the surprise on for Star Wars fans during the Studios presentation on Aug 24th. Daisy Ridley, Adam Driver, John Boyega, and Oscar Isaac all return to the galactic franchise, closing out their characters’ stories in what appears to be the final film in the franchise following the Skywalker family. Though a full first trailer for the film came our earlier this summer, the fans at the D23: Expo were the first to see a new teaser for The Rise of Skywalker, and now you can, too!

The trailer hits you in the feels from the very first second. It starts with footage from the first Star Wars film ever, 1977’s A New Hope. We see Luke, Leia, Obi-Wan, Han, and Chewie in some of their most memorable moments. It continues with footage from the first trilogy, then the prequels of the late 1990s/early aughts. And finally, the holy trinity of the last three films are shown: Rey, Finn, and Poe. An ominous voiceover says, while showing footage of Rey fighting her butt off, “A thousand generations live in you now. But this is your fight. Your journey.”

The last seconds of the trailer show Rey, wearing a hood and bathed in red light, while wielding a double, red lightsaber — the same weapon used by Kylo Ren and Emperor Palpatine before her. Has Rey seriously gone to the dark side? As fans have already pointed out, C-3PO is shown sitting in a throne with glowing red eyes. Whatever that means… it can’t be good.

Some amazing news:Carrie Fisher, who died in late 2016, will appear through the use of unreleased footage from the first two films: The Force Awakens and The Last Jedi. It’s unconfirmed, though highly assumed that Mark Hamill will return as Luke Skywalker for the film, seeing as his Jedi Master character became one with the Force in the Last Jedi. No word at all if Harrison Ford will return, in any capacity.

Star Wars: The Rise of Skywalker releases on December 20, 2019, just in time for the holidays. What a gift.