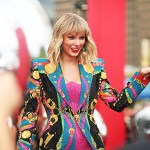 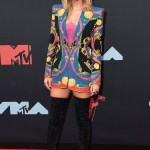 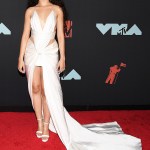 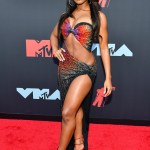 The 2019 MTV VMAs belonged to Shawn Mendes and Camila Cabello! Though they walked the red carpet separately, they came together for one of the sexiest performances of the night!

Among all the major music stars attending the MTV Video Music Awards on Aug. 26, perhaps none were more anticipated than Camila Cabello, 22, and Shawn Mendes, 21. The new couple has been dominating the summer with their jam, “Señorita,” and they were set to perform it for the first time at the 2019 VMAs. Before they could do that, though, they had to walk the red carpet. With fans eager to see these two together, Shawn and Camila kept them waiting for a little bit longer. Shawn hit the red carpet first, wearing the Cable Classic Cuff Bracelet with 18K Gold and Roman Amulet in 18K Yellow Gold with Malachite by David Yurman. Needless to say, he looked like a rock star. As for Camila, when she walked the carpet later in the evening, she wore a sleeveless white satin gown which featured an insanely plunging V-neckline.

However, fans didn’t have to wait long to see their faves on stage. Shortly into the event, Shawn hit the stage to perform “If I Can’t Have You.” While Shawn’s many fans inside the Prudential Center were happy to see him play, there was something…missing…about his performance. Specifically, where was Camila? Thankfully, Shawn came back, and he was joined by his love, who had changed into a custom look by PatBO. With a stage lit up with “candles,” the two nearly set the Prudential Center on fire with the heat of their fire performance. There was one moment when they came this close to kissing. It was hot. Update: they also won Best Collaboration.

“Señorita” has been fire on the charts, but Shawn and Camilla have been even hotter with their brand new romance. The relationship rumors began to fly the moment Camila and Shawn released the video for their song in June, especially when Camila continued to pop up at his concerts.  On the Fourth of July, Shawn denied that they were dating, but at the end of the month, the two were seen passionately making out in Miami. Once the cat was out of the bag, the couple grew more and more comfortable with the PDA. They kissed on his birthday at the start of August and make out while visiting his homeland of Canada.

So, not only do they have a hit song, but a brand new romance. Speaking of “Señorita,” the couple dished about the bop to V Magazine. “The song is actually like eight months in the making,” Camila said while she and Shawn talked to the publication. “It took me 10 months to convince Camila to sing this with me,” he added while revealing the delay was due to their attempts to revise their 2015 collab, “I Know What You Did Last Summer.” Camilla said they “wanted to do a song called, ‘I Know What You Did Last Winter’ and ‘I Know What We Did Last Fall.’ ”

“None of those worked,” added Shawn. “But ‘Señorita’ was great. I think this is probably the most anticipation I’ve ever had to release a song. Besides ‘I Know What You Did Last Summer.’ “ The song is a bonafide hit. While Lis Nas X’s “Old Town Road” has ruled over the Billboard Hot 100 chart, “Senorita” debuted at No. 2 and spent eight weeks in the Top 5. It debuted at No. 1 on iTunes worldwide and broke Spotify’s record for the biggest debut from a male/female duet.