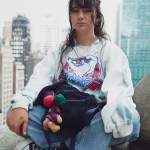 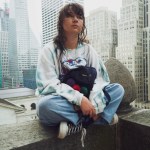 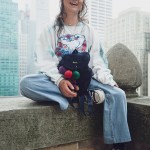 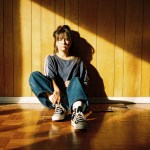 Australian singer Mallrat is making waves with her latest release, ‘Charlie,’ and we caught up with her to hear all about opening up for major artists like Post Malone & Mark Ronson, & what fans can expect next!

It’s hard to believe that budding singer Mallrat is just 20-years-old, seeing as she’s already proven herself a force to be reckoned with. The Australia native has broken onto the American music scene and is rapidly catching the attention of fans and fellow musicians alike. After sharing the stage with the likes of Post Malone and Mark Ronson, she’s well on her way to becoming a bonafide star herself. But — she’s not afraid to remain deeply personal when she hits the studio. “To me, personal and detailed and vulnerable songs are kind of, I don’t know, I feel like it’s the reason I write songs, because they’re the ones that connect the most and mean the most to people so, I feel like I wouldn’t be doing this job properly if I wasn’t putting myself out there like that,” she tells HollywoodLife.

With her latest release, “Charlie,” the song comes with an element of surprise. The song is not named after a boy as one may initially think, but rather, the singer’s dog. “I just adore him, and I thought it’d be nice to have a little something to kind of bring him into everybody else’s life too,” she says when speaking of her labrador retriever.

There’s much more to come for the musician though, in fact, she just announced a six-song EP due out in September. It’s called Driving Music and I’m so proud of it. It’s six songs and I’m just so excited for other people to share in them…not just have them on my laptop anymore. A lot of the most special moments in my life, especially back home, take place when my friends are driving me home, you know? They’re really special times for me, so I think a lot of the stories unfold in those moments,” she explains.

While there’s no direct route to the top, Mallrat is steadily climbing her way there. “It’s crazy,” Mallrat says, when asked about finding herself on bills with A-list artists. “It’s just like, I don’t know, I don’t know if it affects my day to day, but it just shocks me. Yeah, I think it’s so cool and so flattering. And it’s nice that other people believe in me, especially people who are so talented in their own rights.

“I think, I can’t say I’ve spent a lot of time with either of them, but especially Mark Ronson the brief encounters I’ve had with him, I’ve just been blown away by how courteous he is to everybody he meets, and just how genuine and kind he is. The way he remembers everyone’s name is something that I always try and do. Just things like that, I think he’s a really cool person.”

If there’s one thing to know about Mallrat, it’s the eclectic sound she’s able to infuse into her music. However, this doesn’t come as a total surprise given her diverse range of influences — which include everyone from Drake to Dolly Parton. “Dolly is so cool and one of the best songwriters ever, and one of the most intelligent women ever. So yeah I’m going through a bit of Dolly Parton phase right now. Same with Lana Del Rey. I love Rosalia and I love Kanye West…so many people, just for all different reasons I think, but all of them are in their own lanes and I think that’s really inspiring.”